Study: 59% of IT Professionals Still Don’t Have All of Their Users on Windows 10

Results capture the pain points and priorities of IT professionals when faced with migrating their environments to Windows 10.

Since July 2015, when Microsoft launched Windows 10, IT professionals have been trying to migrate their users from Windows 7. Well the time has finally arrived. The end of regular support for Window 7 is just around the corner, (January 14, 2020) and 59% of IT professionals say that only a portion of their users have migrated to Windows 10, according to a new survey from Ivanti, the leader in unified IT and security operations. After surveying more than 500 IT professionals, it’s clear that IT departments needing to migrate to Windows 10 are struggling to understand the impact to their users, applications and overall environments. This report details the survey’s key findings.

59% of IT professionals still don’t have all of their users on Windows 10, citing only a portion have migrated. For the real overachievers, (39% of respondents) ALL of their users have been migrated to Windows 10.

For those still migrating, 38% said “they’re almost there” in getting 100% of their users on Windows 10, with 23% reporting their users will be migrated by the Windows 7 end-of-life date. That leaves 39% who are not going to be ready once the January deadline comes around – guess they better be ready to write Microsoft a big check.

Windows 10 has been available since July 2015 so it’s surprising to some when organizations are still behind when migrating to Windows 10. We asked IT professionals to list the top things that have impacted their ability to migrate to Windows 10: 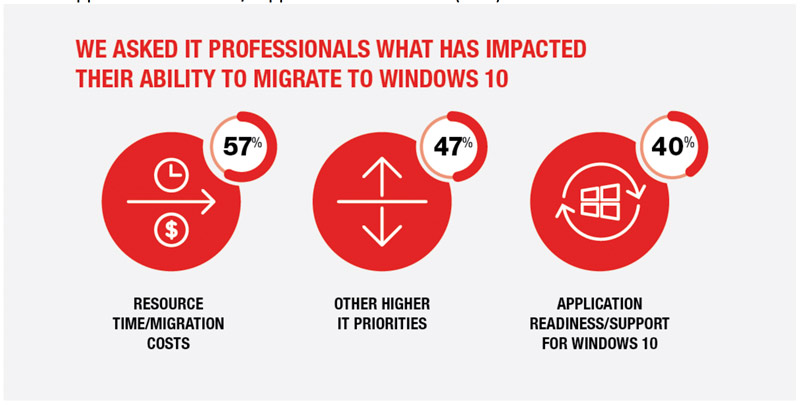 Not surprisingly, resources came as the number one roadblock followed closely by other IT priorities – which is to be expected. It is interesting to see application readiness come in third, Microsoft has cautioned that an organization’s applications and environments need to be ready for the changes required in the new Windows-as-a-Service model.

The timing for Windows 10 adoption is being driven by, a number of different priorities including: 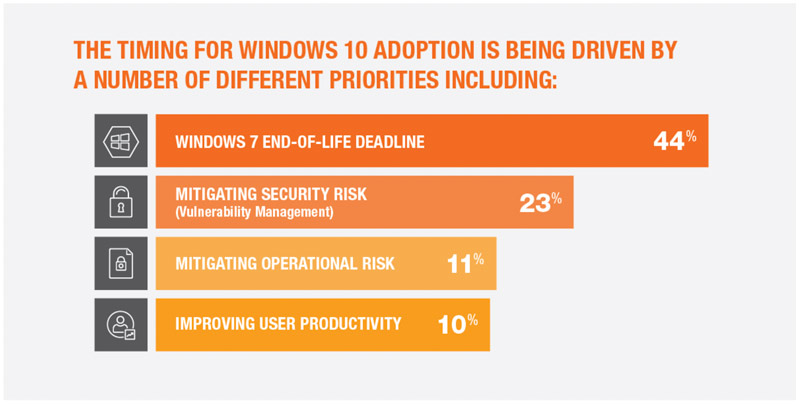 IT professionals have a lot to consider when performing updates and/or patches on critical business applications and the respondents listed what most often prevents these updates:

Amongst the concerns around updates and timing, IT professionals also have to consider security risks when making these updates. Our survey found that IT professionals’ top security concern is a data breach risk (42%), followed by a fear of a ransomware attack or other malware (21%). They are the least concerned by compliance risk (4%) and insider threats (2%).

It all comes down to details

For fun, we asked those who expect the cost to be more WHY -- here are some of our favorite responses:

Overall, this study shows IT professionals still need to migrate many of their users to Windows 10. It also highlights the concerns they face when doing so, which touches on resources, time, and of course, security.

The survey polled 500 IT professionals over the age of 18. Research was generated by Ivanti in the fall of 2019. 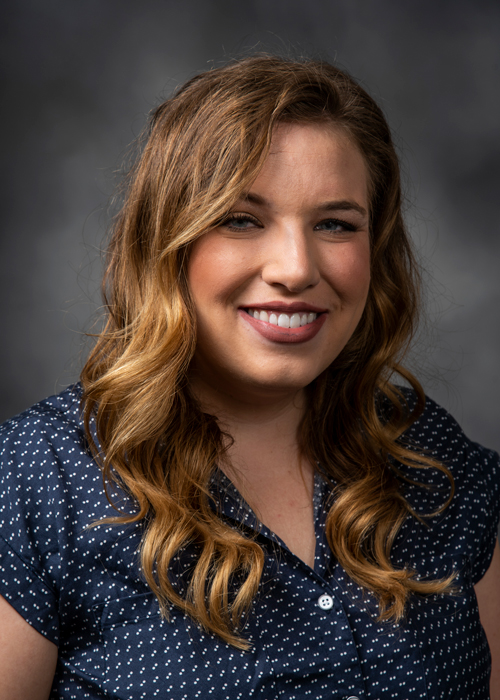 Amberly Asay Janke is an experienced professional with a demonstrated history of working in the public relations and communications industry. She was listed as one of PRWeek's Outstanding Young Professionals in 2018 and currently is an adjunct professor at Brigham Young University.