With Halloween on the horizon, this week would not be complete without a good spooky story, and fortunately the internet delivered!

Nearly two months ago we covered a security researcher named SandboxEscaper that released exploit code around the Windows ALPC vulnerability. On Tuesday, the same researcher delivered with another exploit including a proof of concept. According to The Hacker News this vulnerability affects all versions of Windows 10 where an attacker can delete critical files. In SandboxEscaper’s example, pci.sys is removed, bricking the target operating system. Microsoft released an update for the ALPC vulnerability on the following Patch Tuesday, so we might have to wait 2 more weeks until proper remediation is released.

Mozilla released updates for both Firefox and Firefox ESR this week with a total of 15 unique CVEs. The two critical CVEs (CVE-2018-12388, CVE-2018-12390) are both user targetable vulnerabilities where an end user could allow an attacker to execute arbitrary code on the system.

Further CVE details for each release with color coded vulnerabilities are listed below: 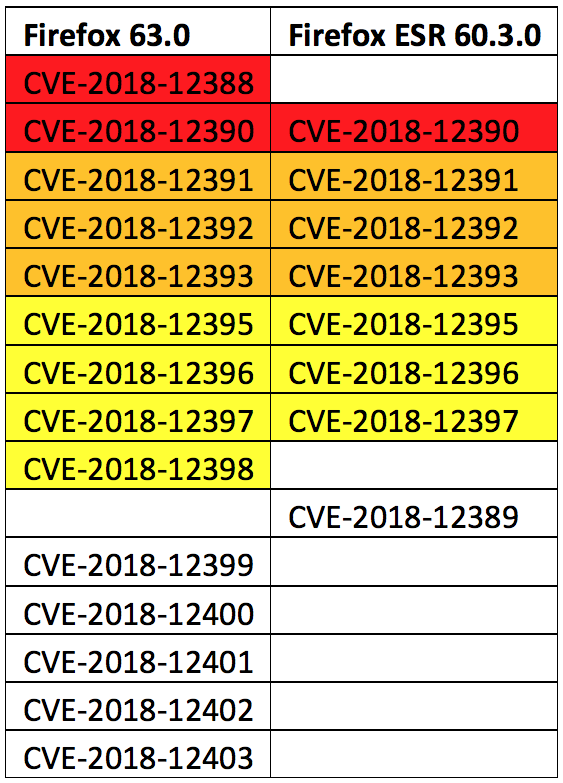