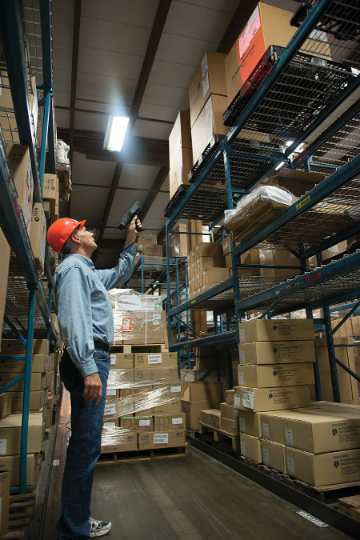 As a kid, I helped my Dad put a triple-barrel carburetor into his restored 1967 Pontiac GTO. For those less familiar, the GTO was one of the great “muscle cars” of its era. These cars were designed for awesome speed and acceleration. So, why would we put “trips”, as these carburetors were called, into a machine that already offered great performance? More Power!  Optimized workflows do the same for your newly-migrated Android app.

Last week, I introduced the first step in migrating your existing apps to new Android devices.  Once you’ve brought your existing telnet or web application to your new Android devices, there’s a period of time while workers are getting used to their new hardware (while we keep your existing app’s user interface the same). While they’re getting comfortable with their new mobile hardware, you’re able to work behind the scenes on enhancements to the apps, fine tuning them for more power and greater productivity.

Here are a few examples of what our Velocity framework offers for you to streamline your workflows:

Your existing telnet and web apps already deliver great performance. They’ve been doing so for years, and that’s why you want to keep them as you move to Android. With Velocity, you’re able to supercharge these apps with more power. The optimized workflows will accelerate your shipping line and rev-up your bottom line!