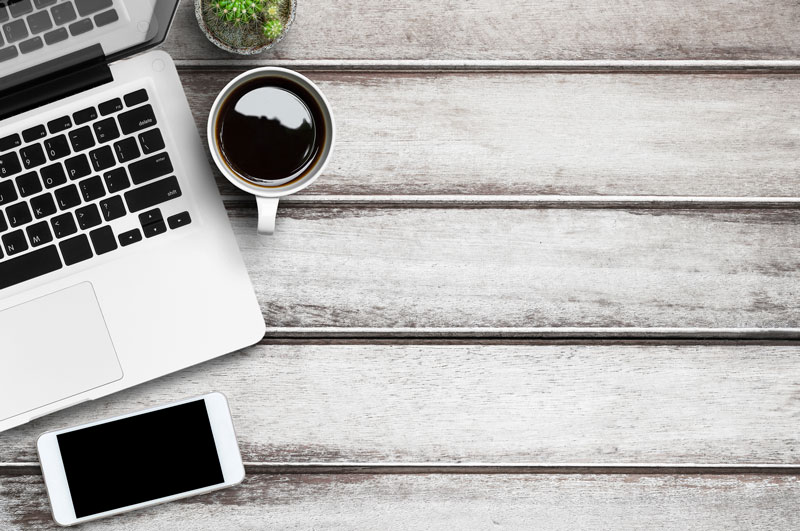 Since the RES acquisition by Ivanti in July 2017, we have been busy! You might have seen the tweets, discussion and blog from Jon Rolls about our strategy in the User Workspace Management business. Well, the dust has settled, and I am happy to announce the release of the first version of RES ONE Workspace as part of the Ivanti family: now rebranded and renamed as Ivanti Workspace Control v10.2.

As you probably know, RES had a number of rebrands and product name changes over the years. This time it is slightly different as we have also tweaked the look and feel to make it look and feel more a part of the Ivanti product family.

When you install or upgrade product components, you will immediately notice the new color scheme: 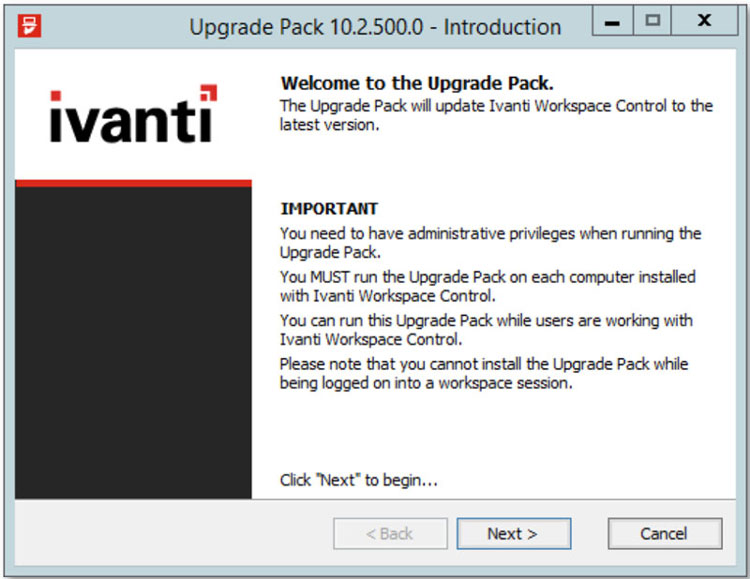 If you look at the splash screen when launching the Windows Console or a user session, it did not change that much since the v10.1 release: 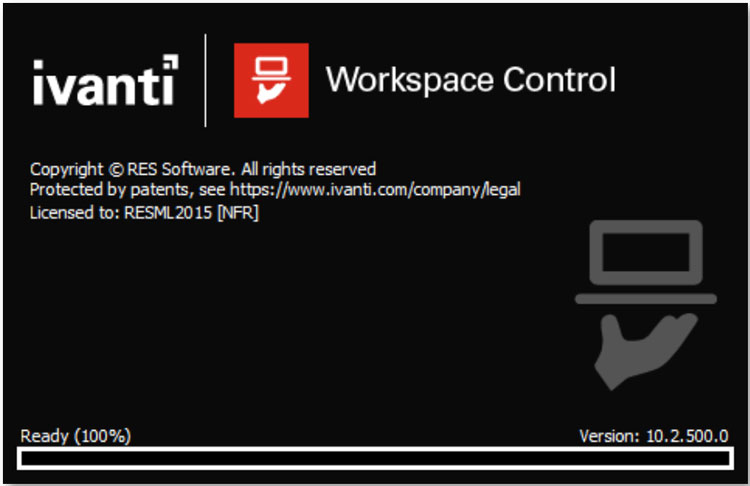 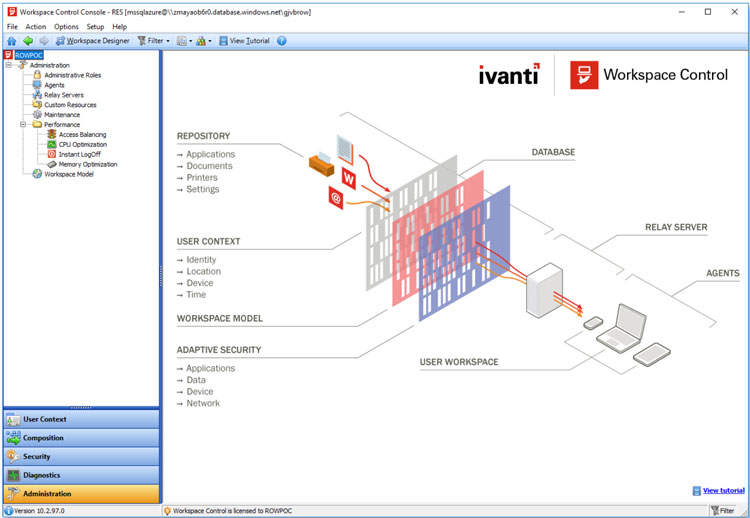 … and the Management Portal are now also styled in line with other products in the Ivanti product portfolio. 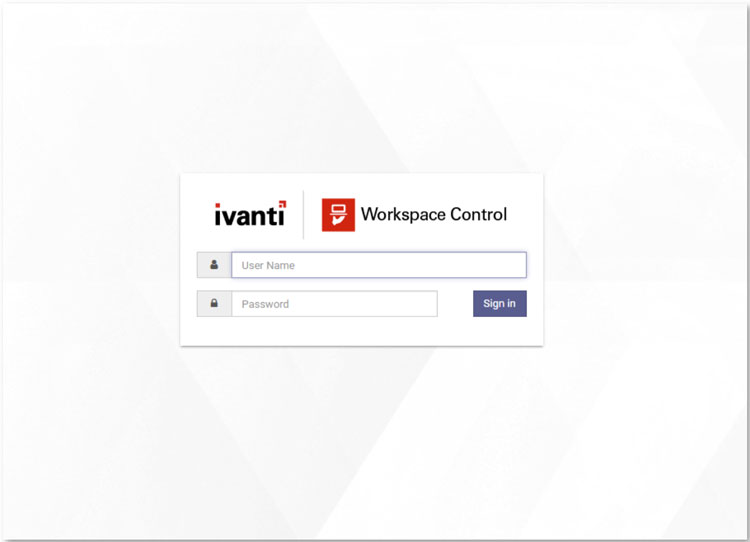 We are working in the background to rebrand the other components of Workspace Control too.

In the v10.1 release, in July 2017, we introduced improved security management in the Management Portal. Basically, this version focused on a redesign of existing application whitelisting feature including a technical preview of whitelist management using file certificate. More information can be read in this blog. This Workspace Control v10.2 release contains the final version of this simplified and powerful application whitelisting feature.

Application whitelisting based on file certificates allow IT to create rules to whitelist applications from a specific vendor or product name using the certificates of signed executables—providing the same level of security as file hashes, but with fewer rules and a lot less maintenance. 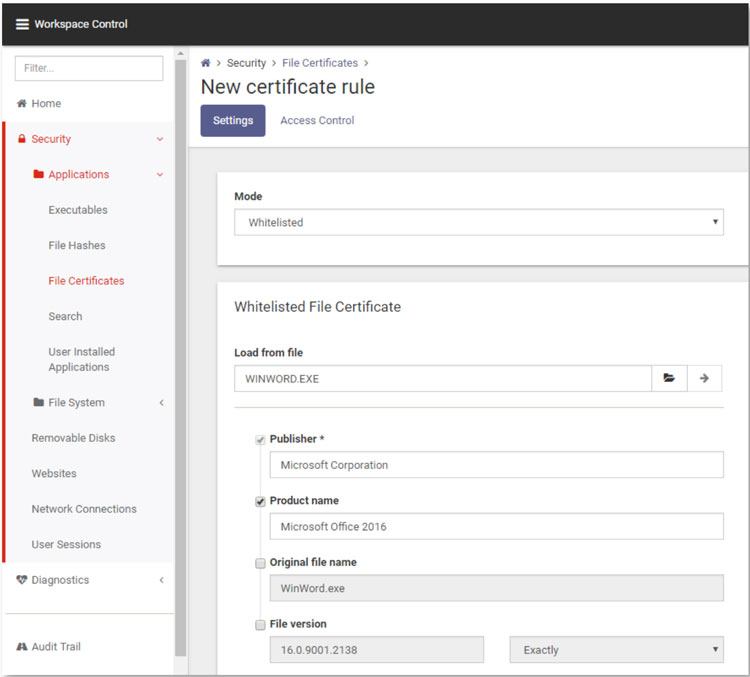 To automate your workspaces without touching the Management Portal or Windows Console, the v10.1 release already delivered a set of RESTful APIs with a strong focus on automating the creation and maintenance of security whitelist and blacklist rules. The v10.2 release of the Management Portal has an enhanced set of APIs with the following use cases:

You can browse to the URL/swagger location of the Management Portal and you will see the graphical interface of the available use cases within the RES ONE Workspace API:

The Application Whitelist Monitor is the new version of the File Hash Monitor (FHM). Where the File Hash Monitor eliminates the need to manually configure file hashes, as it allows you to automatically import and update these in your Workspace Control environment, the Application Whitelist Monitor is also capable of identifying and importing file certificates.

We removed support for the following third-party platforms:

This concludes the Headline News, but there are other minor updates as described in the product documentation. Ivanti Workspace Control 10.2 is available in the Ivanti Community portal. As always, a special thanks to all the team members who helped building, testing, documenting and delivering this release.

Windows 7 End of Life: What to Do Now

Windows 7 End of Life: Everything You Need to Know About Migrating to Windows 10