Anyone thinking about embarking on the journey to extend their IT Service Management (ITSM) with IT Asset Management (ITAM) should have a sit-down with Jenny Rock from the City of Seattle.

A 27-year technology veteran who began her career in the telecommunications industry, Jenny has been with the City of Seattle for 15 years — the last four as Product Engineer in what is now known as the Collaboration and Workplace Technologies division. She’s part of the service management operation, working with the Ivanti® ITSM and ITAM solutions.

The City of Seattle sits on Puget Sound in the U.S. Pacific Northwest and is the largest city in the state of Washington, supporting a population of more than 750,000. As a city, Seattle is known as a progressive leader in technology, innovation and the environment.

The City of Seattle was tasked to consolidate its several IT departments into one department which it called ‘Seattle IT’. Previously, separate teams supported the technology needs of many individual city departments such as power and utilities, transportation services, parks and recreation, courts, police, fire, facilities management, and more — around 50 departments in all. This distributed model resulted in a lot of duplication of processes and effort across the board.

The greatest challenge Seattle IT faced was the lack of standard, shared, day-to-day repeatable processes and a better way to discover and track assets. The separate IT teams had their own processes and data repositories.

Previously, as Jenny explained, there were occasional efforts to take physical inventory and somehow track assets, but it was difficult to execute and data was difficult to maintain with the disparate existing systems in place, which led to a lack of ownership and accountability at all levels.

The Pain that Drove the Effort to Modernize

Ultimately, it was apparent Seattle IT needed to standardize and mature its processes to be more efficient. It didn’t have a clear picture of which applications or software the city owned, how many versions were being used, and how many licenses were in play. 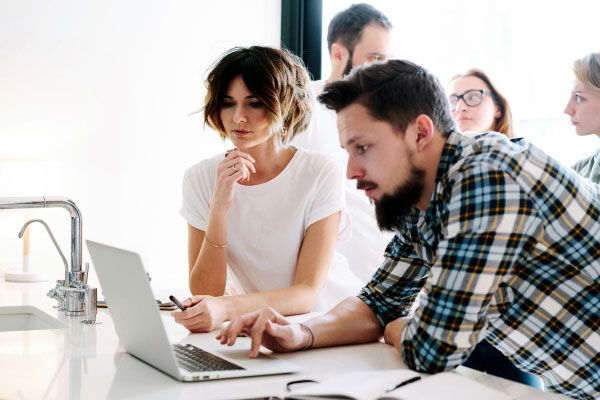 Jenny RockProduct Engineer
With Ivanti, we're now bringing all of our assets into a modernized ITSM interface and will be setting up actions, rules and processes for managing our inventory. This will provide us with a more accurate overview of what assets we have and what we are paying for in terms of software licensing.

One of the first efforts was to start building out the Enterprise Application CI as a repository to gather as much data as possible from all the consolidated IT departments. Jenny and team were able to consolidate two or three other application repositories, numerous spreadsheets and some Access databases.

Since then, the team has been promoting Service Management across the many city departments, implementing ITIL best practices and keeping pace with the changes resulting from the ever-evolving IT consolidation.

Today Seattle IT leverages ITSM processes across many of its operations. Key areas the Seattle IT Service Management organization handles include:

According to Jenny, tracking assets in their ITAM repository with Ivanti will enable full asset lifecycle management and improved use of discovery tools to link assets with each other as well as with users, departments and locations.

“The opportunities with this new solution are endless. We’ll also be able to see how much we spend each year to maintain our technology solutions and determine if we need to adopt cloud-based solutions, for example, in place of an on-premises solution to save money.”

When physical inventories are taken, it’s much easier for teams to find assets and verify information for them. This also helps internal Service Management teams work together more closely, because workflow and processes provide a clearer picture of what’s expected for any given request or incident.

Progress by the Numbers

Already, Seattle IT’s Service Management organization has loaded 42,200 city records in the Workstation CMDB, powered by the Ivanti Neurons for ITSM and ITAM solutions. The CMDB consists of about 17,000 items in surplus or pending surplus, and about 21,000 deployed items, with the remainder in other various states — in stock, being prepped or staged for deployment, with the vendor for repair, etc. This includes user devices, training room equipment, testing machines, shared devices and loaner stock.

Jenny said that within Ivanti Neurons for ITSM, there are 26,000 employee records, more than 15,000 of which are active, including contractors, temporary employees, and interns. And given the movement of personnel in and out of the city government and the shift to remote work, the team’s CMDB devices have a lot of movement as well. “For example, we have about 7,900 laptop computers, 2,000 tablets and 12,000 desktop/specialty workstations in use,” she added.

One of the most important fields added in this effort was the “Custodian” field, which is required when the asset isn’t deployed to an owner or isn’t designated as surplus.

“This meant that if your name was on it, you’d better know where it was and be able to produce it at any point you’re asked to,” Jenny said. “Device support and deployment teams soon learned the benefits of having the data in one place and the accountability it provided. Everyone is now responsible for the data, and no one wants to be the custodian of something they can’t prove they have.”

Jenny and the Service Management organization are now in the process of expanding the Ivanti Neurons for ITSM and ITAM deployment to include servers, databases, infrastructure devices and communications devices, and they’ve seen departmental interest in using it for traffic devices or other IoT devices.

“We are also looking at tracking software licenses, entitlements, warranties and contracts, and this will be added into our overall processes where previously they were all managed as individual processes,” she said.

The Two Greatest Advantages of Adding ITAM to ITSM

According to Jenny, efficiency and accountability are the two greatest advantages of adding Ivanti Neurons for ITAM to its Ivanti Neurons for ITSM platform. “With these advantages will come not only monetary and budgetary benefits but goodwill from our customers. We charge our IT services back to the departments we serve, so while we’re able to provide them detail of what they’re being charged for. Previously it was a bit fractured in terms of how it was delivered.”

She concluded, “To be able to pull this detail from one system moving forward will help our department be much more transparent to our customers AND make it easier for them to request assets. Overall, our goal is to minimize both losses and inefficient processes.”