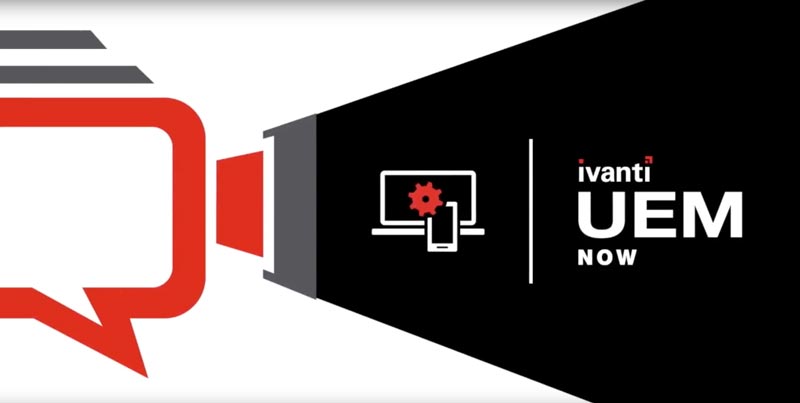 Webinar Quick Cuts: Staying on Top of the Channels and Rings of Windows 10

Adam Smith and Rex McMillian sit down to set up a quick clip from their original Windows 10 webinar presented on June 20, 2018. They bookend this short clip from their webinar. Think of it as a five-minute mini webinar.

Below is the abbreviated transcript of this brief mini webinar:

[Adam and Rex introduction to the Widows 10 webinar quick clip.]

Rex: So Microsoft came out with Windows 10, and it didn't take too long until they started talking about Windows-as-a-Service. And, you know, at times, I like to drag my feet and say, "Why? What? Why?" And why about 12 times. And Adam can attest to all the time, I'll ask him why to the point he wants to hit me, which would be a bad idea because he's, you know...

Adam: He only does that across the desk.

Rex: So Windows-as-a-Service. As we started talking about why, why did they change? Why is it not just another operating system? What are their goals? Microsoft really has some very lofty goals. They wanna be the most secure operating system on the planet. They wanna get a billion devices running Windows 10. They want to be able to make our users productive. That's really what it boils down to. They wanna be able to get those services out. They want that time-to-market with a feature that a end-user needs to be short enough that they can actually impact the industry. The operating system's one of those key, critical components, but if you can't make updates to it, it's very hard to influence the industry. So Microsoft will have some very lofty goals, and that's why they're not just calling it another operating system, it's Windows-as-a-Service. It's a service that's critical components, they wanna update it. They want to make sure that it can move at a pace that it actually influences and changes the environment. So their influence on the computer environment, they're ready for us to really be able to accelerate and to push that forward.

So Microsoft came out with Windows 10, and they started talking about current potential and current venture business, and Insider branch, and a whole bunch of us got really nervous because of the amount of testing, because we understood branches from development world of, "Hey, I branched my code." And the code is different in each branch. It will have different check-ins. It will have different codes, different build process, different time. And Microsoft quickly realized the error in what they were trying to say because it wasn't a different branch. It was actually a channel. So that's why we've seen them come back after a period of time and rename it to the channels.

Now each channel like, you know, 1803 was a channel, and it started back in engineering. Engineering build came out, they got to a certain point, and they put it through the ring of Insider Preview. Now back in Microsoft, we know they have different branches and builds that they are using to maintain stability from an engineering process, and all of that's good and fine, but the most important part is that the channel that they're working on is the same as they released from last month. They're proud that that released branch is always the same. So as we worked down a channel, each ring that we're coming from is out of that same channel. So engineering build that becomes Insider Previews. Insider Previews, they continually are available. So I did Insider Previews. One of the follies of my world is I like to keep up on Windows 10, so I run Insider Preview on my laptop. Now, I have a backup.

Adam: You do the fast one, right?

Rex: I stay on fast screen Insider Preview. And so, about every two weeks, I get an update. Now that's really good, and that's very helpful. It helps us a from a business view point. We know a lot of things. We're able to help...I help keep the labs up-to-date, so we're able to test our software as we go along.

Now Insider Preview goes along, and then it becomes that semi-annual channel or feature update, and they start to call those feature updates. Every six months, we get a feature update. The great part about having someone run on Insider Preview is when the Insider semi-annual channel or feature update comes up, we've already had somebody on it. We've been running it for two weeks because Insider Preview goes to channel update basically two weeks ahead of time because every branch, as it progresses down that same item. It's not branching, it is a channel so the code's always the same, it goes through the same process. The reason that's critical is because as we think about our process of how to test and how to maintain that these codes were coming out of different branches, we'd have to retest everything. But since they're still on the same code branch, and just different release times as they go along, we don't have to retest everything. We do know that we have been testing that same branch of code, that same process as it matures.

So channels, not branches. Rings are just those little stepping stones that we cross as the release comes along. Now with the channel, there usually comes two kinds of updates, there are two release types. There's feature updates, and there's quality updates. Quality updates every month, Patch Tuesdays. [inaudible 00:15:45] of you will join a Patch Tuesday webinar, and they have...the majority of their time is spent talking about quality updates from Microsoft and patches from everyone else. So quality updates are cumulative. They're comprehensive for Windows 10. If you get one, you get all of the fixes. It's not a little bit here, little bit there.

And if you think about it from a testing matrix, if we think about how to do test coverage automation and really make sure that everything is the same as a vendor, Microsoft sat down and looked and said, "How we test versus where our customers ran." And they have so many customers who are picking, "Well, I'm gonna run this patch, but not that patch." And nobody was running the same mixture, but in testing hub they would run everything. So what was being tested versus what was in the release in the world weren't always different. So they knew that a lot of the stability issues that they were finding of application causes, and those items were being caused by what they were testing versus what people are running being so different. I've seen some matrices from Microsoft that show, "Hey, this is what we find customers running, this is what we test, and these are the reasons why we have so many of the issues." So quality updates are now cumulative. You take it, you take it off. If you skip this month's, take next month, you still get it off. They're totally cumulative. So skip one...

Adam: There's no reason to skip one in that case.

Rex: There's no reason to skip one because you will get all of that code next month.

Rex: So they are totally cumulative. So, now feature updates, every six months. They come out, those are the big releases that we watch for. They always have new features, they have all these items in them, and they have their own channel. So they had Insider Previews for them, they are constant enhancements.

Adam and Rex also review the key points of this section of the webinar: