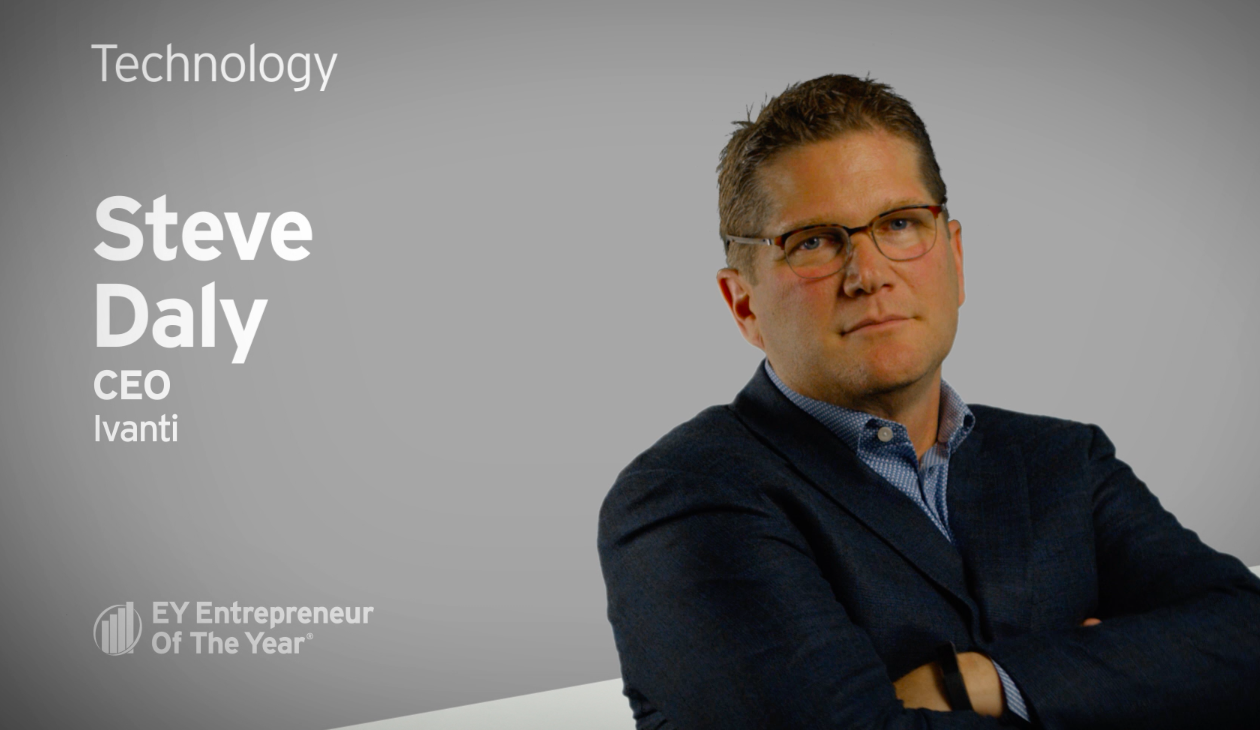 It was a beautiful night for a gala in the gardens of the Grand America Hotel in Downtown Salt Lake City. As the sun set over the reception area, guests in sharp suits and designer dresses were catching up with colleagues.

The question on everyone’s mind was the same:

Who will win the Entrepreneur Of The Year Award?

The world’s most prestigious awards program for entrepreneurs, EY Entrepreneur Of The Year recognizes standout business leaders on a regional, national, and global level. The nominees are grouped into industry categories such as family business, real estate, financial services, and technology.

CEO Steve Daly was nominated in the technology category for Utah.

As the clock approached 7 p.m., attendees were ushered into the conference room. Dinner was served to the beat of a live band, and people could be overheard introducing their spouses, chatting about work, and bragging about their nominees.

Ivanti's guests were no different.

Ivanti has tripled in size in just six years with Steve Daly at the helm. This dramatic transformation includes nine acquisitions and mergers, an epic rebrand, and even a new owner. Ivanti is nearly unrecognizable from its former self.

In true Academy Awards fashion, each of the talented nominees was spotlighted on large screens framing either side of the stage. The crowd’s enthusiastic cheering and applause kept energies high throughout the evening. (It also helped that the tables were covered with Entrepreneur Of The Year-branded cowbells, because if there’s anything an awards ceremony needs, it’s "more cowbell.")

When Steve Daly's name was announced as the winner in the technology category, Ivanti's tables rose to their feet in celebration. And as any great leader does, Daly took the opportunity to express gratitude to everyone who made the award possible, namely his family and the Ivanti family.

As a Utah Region award winner, Daly is now eligible for consideration for the Entrepreneur Of The Year 2017 national program.