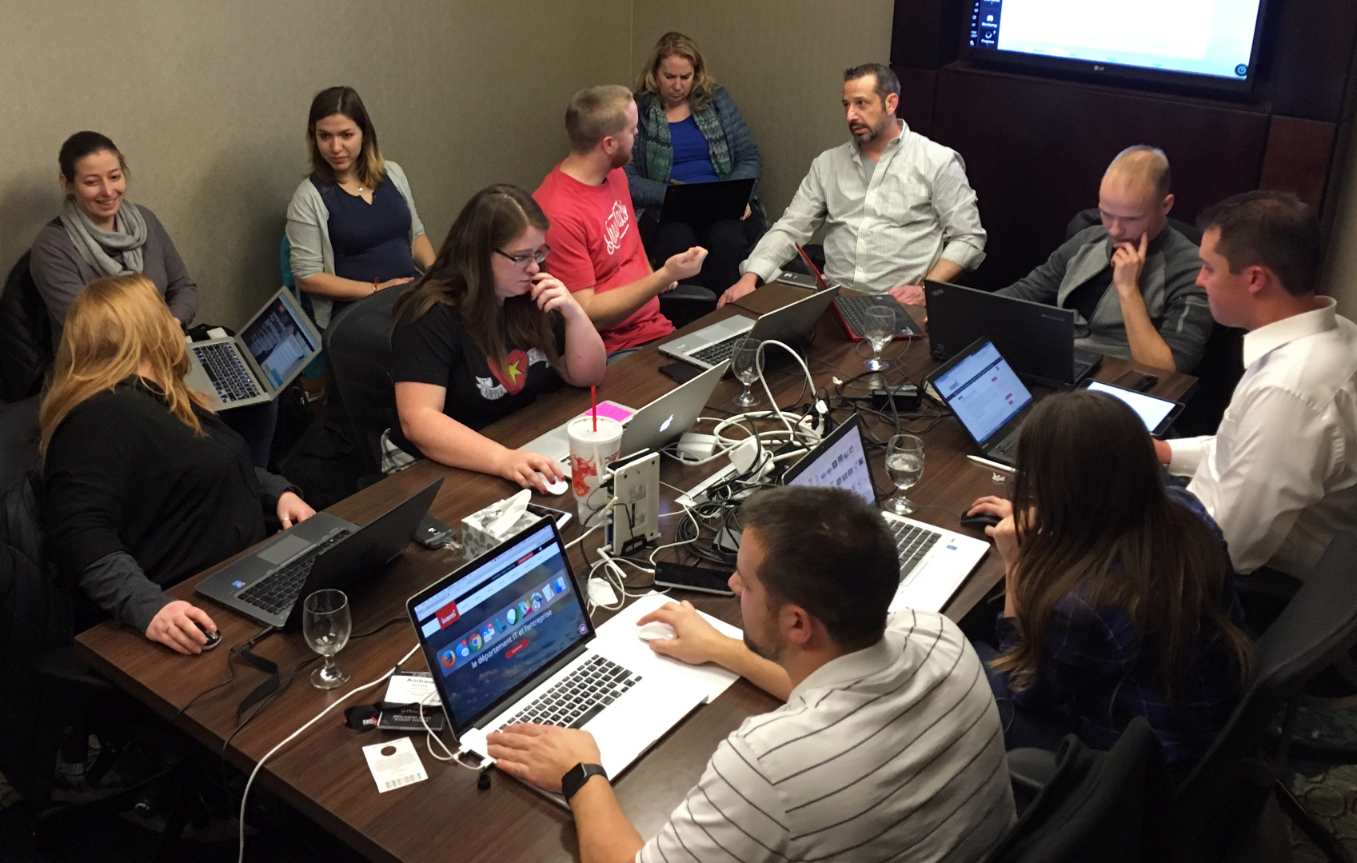 How to Lose Years off Your Life: A Study in Rebranding a Company

What does it take to merge five brands, all leaders in their respective IT specialties, into a single, unified company?

We’d like to say it was a breeze, but as we reflect on the process of becoming Ivanti, we’ve realized it takes a lot of effort to properly showcase our new brand as a global leader in IT—all while paying tribute to the decades of success that got us to this point.

Rebranding any major company is a massive undertaking that requires months to plan and sometimes years to execute. Now imagine rebranding several companies in the middle of a merger; that’s where the real fun begins.

Weeks before we became Ivanti, the announcement was made that LANDESK and HEAT Software were going to merge to form the new company. LANDESK had previously acquired AppSense, Shavlik and Wavelink. Do the math and you’re faced with bringing together five major players in IT under a single name.

“I talked to several agencies about the rebrand and all of them said the same thing: this is the most complex rebrand they've not only worked on, but heard of,” said McKay Allen, Ivanti’s Director of Global Digital Marketing.

From many to one

Perhaps the biggest challenge of the rebrand was consolidating content from all the different websites into one brand new, state-of-the-art website.

“The principal challenge posed by the rebrand was finding a way to efficiently capture, manage, and deliver all the digital content—both new and existing,” said systems developer Antony Voznesensky.

The task of identifying what would make the cut fell on the shoulders of a small team of skilled writers and developers.

“The biggest challenge was the consolidation of the products amongst the various brands,” said Andrew Ariotti, Ivanti Web Marketing Manager. “We had to look through the same page on each site and figure out a way to consolidate the information so that it satisfied all.”

Special attention was placed on product and solutions pages, making sure that each of the five brands had a place on the new site.

“So many people care so much about our products! That's a good thing, but when you’re trying to figure out what to put on a website, it doesn’t make it easy,” said Allen.

Ivanti.com is now available in seven cultures, with more coming soon. That alone presents its own unique set of challenges.

“I was surprised by how much complexity is involved in a site that will be in ten different languages,” said Allen. “It isn’t just about translating content into 10 languages, it’s about making sure that text on buttons and on programs on the backend are all translated as well.”

Translation and localization was made possible thanks to dedicated workers at offices all around the world.

“Text that is perfect in the U.S. may not necessarily translate well in Germany, Austria and Switzerland,” said Ruth Mills, who works in Ivanti’s Bracknell, UK office.

Mills, along with colleagues in France, Germany, Spain, Australia, China, and Japan just to name a few, made sure that the message we wanted to convey with the new website would ring clear to audiences in their respective countries.

“The multilingual component is always a lot of work. Luckily we have a fantastic team that works very well with us,” said Ariotti.

The entire team crammed into a tiny hotel conference room just hours before the launch. Links, pages, buttons, banners– it all had to be tested. Friends from France, England, Australia armed with their adapters, plugged in their laptops and joined their American counterparts in a site-wide sweep for any errors.

“Some of us stayed up until 5 a.m.—hours before the announcement—making sure that everything worked and the site was ready,” said Ariotti.

With just a few hours of sleep, Ariotti and the other developers watched anxiously with a bloodshot gaze as the site went live to the world as Ivanti CEO Steve Daly officially unveiled the new brand at the company’s annual Sales Kickoff in Salt Lake City.

A (continuous) labor of love

The launch of Ivanti.com was an instant success. According to Ariotti, more than 15,000 users visited the site on the first day. But the work is far from over. Translation is underway in anticipation of site launches in several other countries. Not to mention, content is being added and updated on a daily basis.

It all comes back to all those hours of work and the countless blood, sweat, and tears that went into this project.

“The company at large has no idea how much work went into the rebranding,” said Allen. “For two to three months, many of the web staff stayed at the office until 8 p.m. or later every night. Those responsible for writing the content had to meet very aggressive deadlines. It was so much work and yet, most people may only notice if it goes wrong.”

“I’m extremely proud to be a part of the team that brought this together,” said Mills. “An amazing feat that really shows up the team’s worth.”

The result: a one-of-a-kind, world-class website designed to quickly connect IT professionals with the information, services and solutions they need to get the work done.