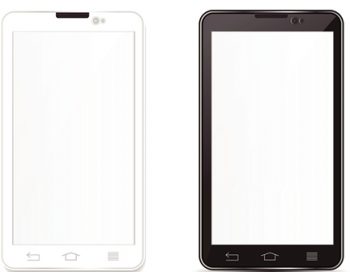 Your business has most likely been running Windows Mobile or Windows CE for a device generation or two. From the introduction of PocketPC in the rugged device market in 2001, Microsoft delivered a stable platform that brought mobile productivity to manufacturers, retailers, and the entire supply chain in between.

However, the last five years have really forced a reevaluation of where to look next.

At first, there was the discussion of consumer devices moving into the hands of workers who traditionally carried rugged mobile computers. While the lines determining where consumer-grade fits and where it fails became clearer, the operating system landscape was significantly altered.

Since its first introduction to the rugged mobile computing market in late 2011, Android has grown in both the number of rugged devices shipped and the number of device form factors for which it’s available.

Since 2015, analyst firms such as VDC Research have pointed to statistics that prove Android is reaching "critical mass" in the market.

With industry experts recognizing Android as a viable candidate for your next mobility hardware refresh, your focus may be shifting to the remaining barriers to choosing this OS. That’s good.

A major area of concern: the expense of a migration.

When the first Android-based rugged devices entered the market, the most common objection concerned the mobile apps, with questions like, What am I supposed to do with my applications? Are there equivalent apps already available for Android? Will my application vendor build me an Android version? How much will all of this cost me?

It’s a huge jump—probably not seen since the days of moving your applications away from DOS around the turn of the century. And just like then, a big benefit of making the leap is an application experience that’s significantly more user-friendly.

That’s all nice, but at what cost?

Since the first rugged Android devices, many application providers, including Wavelink, have brought their apps to Android. Vendors have faced two choices:

1. Bring the existing application, in its current form, over to Android

2. Rewrite the whole application for this new operating system

The first option was a relatively quick solution, but wouldn’t fully take advantage of all that the Android OS offered. The second option—while it could allow developers to optimize the app for Android—was a much larger development effort (read: more expensive to create).

With TE, early adopters of Android devices could stay with their trusted mobility client and begin to roll out new devices. TE has been a proven platform for decades, and the ability to adopt new hardware without the risk of new software at the same time has been a relief for many customers. However, with its "green screen interface," TE left something to be desired by those looking for a more Android experience.

Android—and fellow consumer operating system, iOS from Apple—really changed the mobile experience. Finger-tapping, swiping, pinching and panning are all new ways to navigate on a smartphone.

Aside from the way we interface with apps, the devices offer bright, beautiful screens. Display technology advanced with incredible clarity. How does one take advantage of all of this—the full Android experience?

In the same way that application vendors were reluctant to fully rewrite their apps for Android, companies around the globe discovered the same pains of cost, risk, and effort to migrate from their existing applications to new alternatives on Android.

To solve this, Wavelink created the Velocity platform.

Velocity takes your existing telnet client or web application and modernizes it for a touchscreen experience. What does that mean? Your existing, trusted "green screen" client becomes an Android app—complete with screen-tapping navigation; a clean, intuitive user experience; and the ability to offer full color and graphics so workers can easily read and interpret task workflows.

You don’t need to migrate to a new application when you can modernize with Velocity. Underneath that elegant interface is the tried-and-trusted telnet client performance you’ve relied on for years. You can continue to depend on your Android application with confidence.

Only now, the user experience for your workers is much more intuitive and familiar, and it replaces multiple keypresses with single screen-taps.

Learn more by downloading our free white paper below!