Why Your Mind Is Your Best Asset in Fitness and Leadership

I have recently been training for a sprint triathlon, even though I am not a triathlete.

My daughter challenged our family to race in the Bear Lake Brawl Triathlon on September 14, so I took the challenge mostly as motivation to exercise. My goal has been to finish the race with dignity, meaning not having to walk during the run segment.

When we started training in July, I couldn’t even run a mile without stopping to walk. But I disguised it by pretending I had to respond to a very important text!

As I’ve been working out, I’ve been seeing quite a few parallels between my triathlon preparation and business life.

First, my body has adapted pretty quickly. Six weeks ago I was questioning my sanity as my legs felt like lead just a few hundred yards into my first run. Fast forward to last Saturday and I had no problem doing a 13-mile bike ride followed by a two-mile run.

I have noticed similar changes in organizations. Change is always a difficult thing and there are many seemingly rational reasons not to disrupt the status quo. However, once an organization is aligned around a goal and committed to the outcome, I’ve seen rapid changes occur in the shape and fitness of the organization to adapt.

Commitment to a Goal

At Ivanti, I saw this when we were doing an acquisition. We were going to carve a business out of a larger company that, among other issues, had products that overlapped with ours and was massively over-funded. Carving this out would be painful (sore muscles, shin splints, and tired lungs). There was a lot of organizational resistance to the acquisition, but the leadership pushed through because of the strategic value. Quickly the organization adapted, and as we reviewed the acquisition a year later, we had created enterprise value 3.5X what we paid for the business.

Just as our bodies respond quickly to exercise, the organization had responded to the new challenge.

Since I began the triathlon training, I discovered my ability to complete my workouts has depended much more on my mental state than anything physical.

Our ability to push through hard problems is limited only by our mental toughness.

I recently read the book called Can't Hurt Me: Master Your Mind and Defy the Odds by David Goggins. In it, he talks about taking the governor off your mind. I have found that for me to take the governor off, it comes down to breaking down the challenge into smaller goals, such as a goal of running for five minutes before working up to a goal of running for two miles. We have the same opportunity in any problem we tackle.

Similarly, I once did a thinly funded start-up and despaired that we might not be able to pull it off with the available hardware. I decided to focus on working with the team to solve the problem at hand and to just get there. We would knock down the next problem after we figured the current one out. It took us several months, but we eventually got there!

Finally, I have learned that it is really easy to only do the things that come easy to me and to resist stretching myself.

I played water polo in college, so the swim part of triathlon is easy for me and I rarely miss a swim workout. But I’ve noticed that I don’t have nearly the same commitment to my run workouts as I do the swim ones.

I’ve found the same pattern in the workplace. It is easy to do the things we know and avoid the things that stretch us.

The greatest growth, however, comes with the stretch.

I have witnessed this many times with people as they make the transition from an individual contributor to a manager. It stretches people in ways that they haven’t had to deal with in their careers.

I remember when I took a promotion to run a business as general manager. As I talked through my day with my wife, I made the comment that I was spending a significant amount of time talking through personal emotional issues with executives. My wife asked me when I was going to have time to do my real job. I responded, “I think maybe this is my real job.” I realized that while I liked working on strategy and execution plans, a big part of my job was helping the people I work with be successful. That wasn’t a muscle I had used much prior to this job, and while I’ve grown to love that part of my job, it was one I avoided at first.

I have enjoyed preparing for the triathlon. It has forced me to take my health more seriously. It’s also given me time to reflect on the things I’ve learned through this process. It’s shown me that we can adapt quickly with the right leadership, that the mind is our most powerful weapon in overcoming challenge—in business and our personal lives. And it’s proven to me the value of focusing on doing things that stretch us.

Here’s to hoping I can finish with dignity next month! 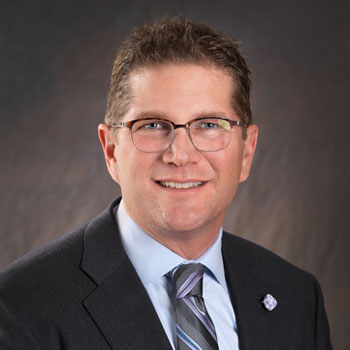 Steve served as SVP of Corporate Strategy for Avocent Corporation from 2003 through December 2006 and was responsible for driving strategic planning and business development. He previously served as President and CEO of Soronti Inc., a remote management vendor acquired by Avocent in 2003. Before Soronti, Steve held various marketing and finance positions at Intel Corporation and was director of marketing for the LANDESK Systems Management division of Intel.

Steve holds a BS in Mechanical Engineering and an MBA from Brigham Young University.