Ivanti Joins 5 For The Fight to Fund Cancer Research

In between breakout sessions, team-building activities, and the rapid pace that is Ivanti's annual sales kickoff, we were reminded of something much bigger.

"Stand up if you or someone in your immediate family has had cancer," instructed Sue Urses, VP of HR, during a morning session.

A handful of people in the audience stood up.

"Stand up if a friend or extended family member has had cancer."

"Now stand if someone you know has had cancer."

Everyone in the audience was now standing.

We looked around the room as thoughts of cancer victims took center stage in our minds. The truth is, cancer affects us all. Even the most fortunate among us are not immune from what the future might bring.

Sue Urses knows this first-hand. It was her personal battle with cancer that fueled the Ivanti executives' desire to join forces with 5 For The Fight.

"Unfortunately we have been touched in very personal ways by cancer and we have had a number of employees that have had to fight the fight, " said CEO Steve Daly. "We have some who have been lucky, like Sue who made it through and beat it, but we have had others we've lost to cancer. We saw 5 For The Fight as an opportunity to bring to bear some of our resources to help fight against cancer."

The program gives employees the option to deduct $5 (or more) from each paycheck to a cancer research center, and Ivanti agrees to match every donation dollar-for-dollar. Hunstman Cancer Institute, Breakthrough Cancer Research, and Garvan Institute of Medical Research are among the research centers receiving 5 For The Fight support.

In just two days since the program launched, more than 50 employees signed up for regular payroll deductions, and the company as a whole raised over 15K dollars.

What makes the movement even more powerful is the social media presence. Participants are encouraged to write the name of the person they are donating for on their hand and take a picture for social media using the hashtag #5ForTheFight. It could be a person currently undergoing cancer treatment, someone in remission, or someone who has never had cancer.

The Utah Jazz showed us some love on Twitter:

We are proud of local companies like @goivanti who have joined the fight against cancer.

"When one of us suffers, we all suffer."

And 5 For The Fight expressed their appreciation as well:

We love you, @GoIvanti! Thank you for joining the 5 For The Fight Payroll Movement. https://t.co/RwiAgJmqdv

"Ivanti's culture is one of family and community," said Sue Urses. "When one of us suffers, we all suffer. This was a great way for Ivanti to get into a movement to help do something for the future that prevents suffering. Our employees are excited to take care of one another." 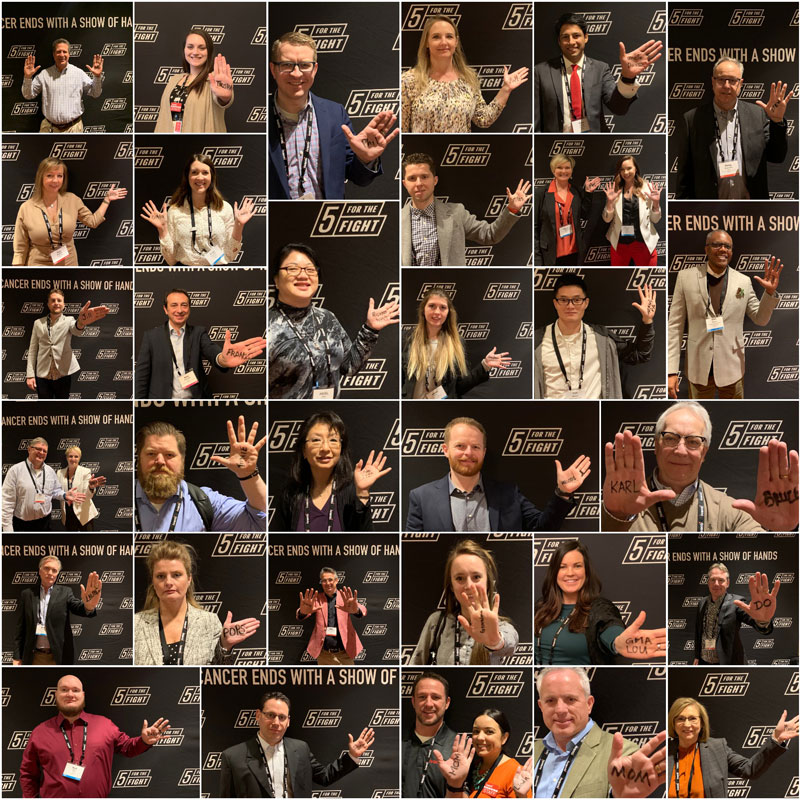 Show us Your Everywhere Workplace. We'll Show You the Prizes