It’s a Great Time to Upgrade to DesktopNow 10.1

Editor’s Note: Landon Winburn is a Senior Solution Advisor at AppSense partner Alchemy Technology Group. He’s worked on AppSense solutions for over 7 years and reached out to tell us that he really liked the DesktopNow 10.1 release. We asked him to tell share his thoughts in the AppSense blog.

Are you an AppSense DesktopNow version 8.x customer that has been waiting for Service Pack 1 for 10.0 to upgrade? Well guess what, it’s here! Well…not really! But 10.1 is here and includes many new features and a bunch of bug fixes so now would be a great time to upgrade.

By my count of the items in the release notes in 10.1, there a total of 106 bug fixes. Apparently the developers have been hard at work. Not only were they able to build a more stable product, but they managed to cram in 27 new features in the DesktopNow suite. Let’s take a look at some of the highlights.

One of the really cool features that has been a long time coming is enhancements with group policy actions. You still have the nice search feature but now you can globally assign the ADMX folder for your entire policy. For example, you can point the policy to your domains sysvol folder and never have to worry about looking for the ADMX files again as every new action you make will reference that folder. In addition, the policies are much easier to view and edit once they are added to your policy. 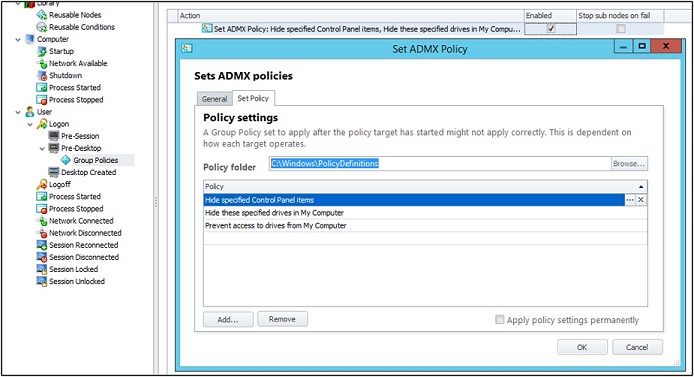 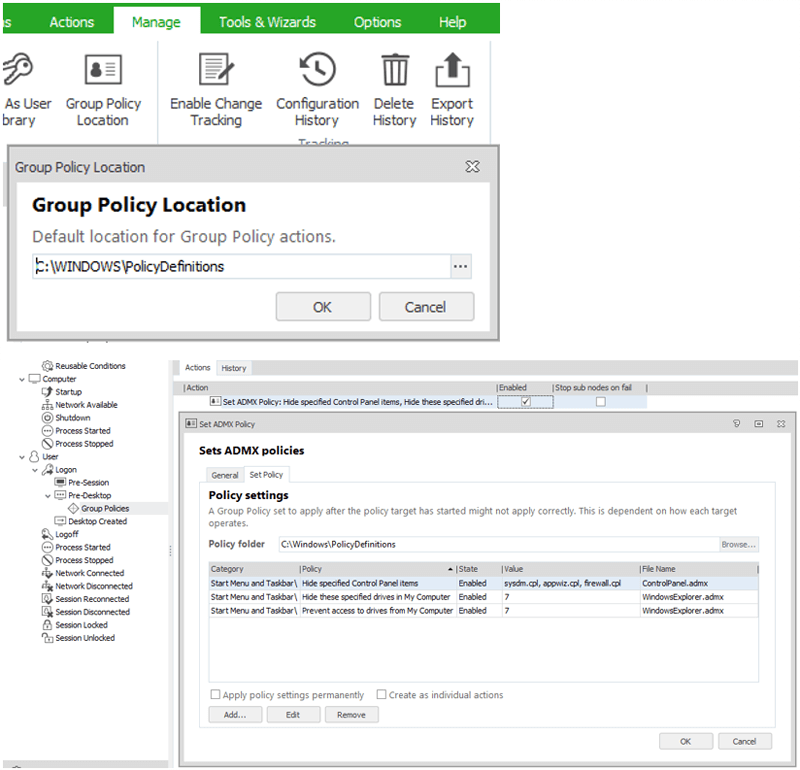 Another great addition is the ability to delete files over X days old. Deleting cookies over 30 days old at logoff is a great example of things you can do with the feature. 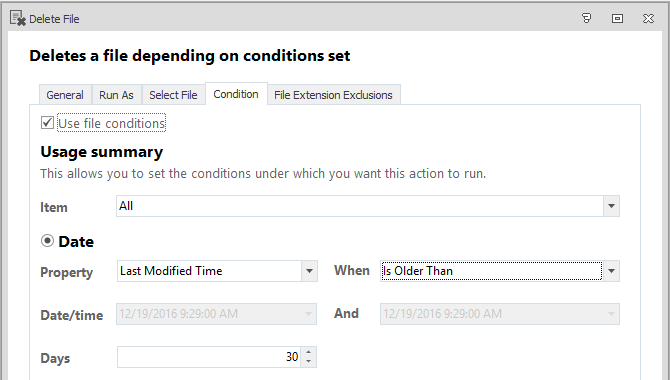 The last feature in EM I’d like to touch on is with pinned items. Pinned items that have been captured will only be displayed if the app is installed. If you’ve ever seen those ghost icons or white icons you’ve probably ran into the issue that this resolves.

AM has added a lot more auditing details, like parent process name and file owner in the 9000 events. This is really helpful for building a configuration when running in audit only. Another great change is the ability to set Self Elevation options on a per rule basis. And, you can now have a select group of users that can request Self Elevation rather than having to apply globally.

So there you have it. Tons of bugs fixed and plenty of new features, many I didn’t even have time to mention. So what reason do you have now to not upgrade? The only other complaint I have heard related to the 10.0 release was the fact that it doesn’t use port 80. Well, thanks to Mark Titley, an AppSense principal architect, we now have a way of quickly and simply configuring the database connections and sites on port 80 using a simple PowerShell script with GUI.

So get out there and upgrade to 10.1! And feel to hit me up on the AppSense Product Forum any time.