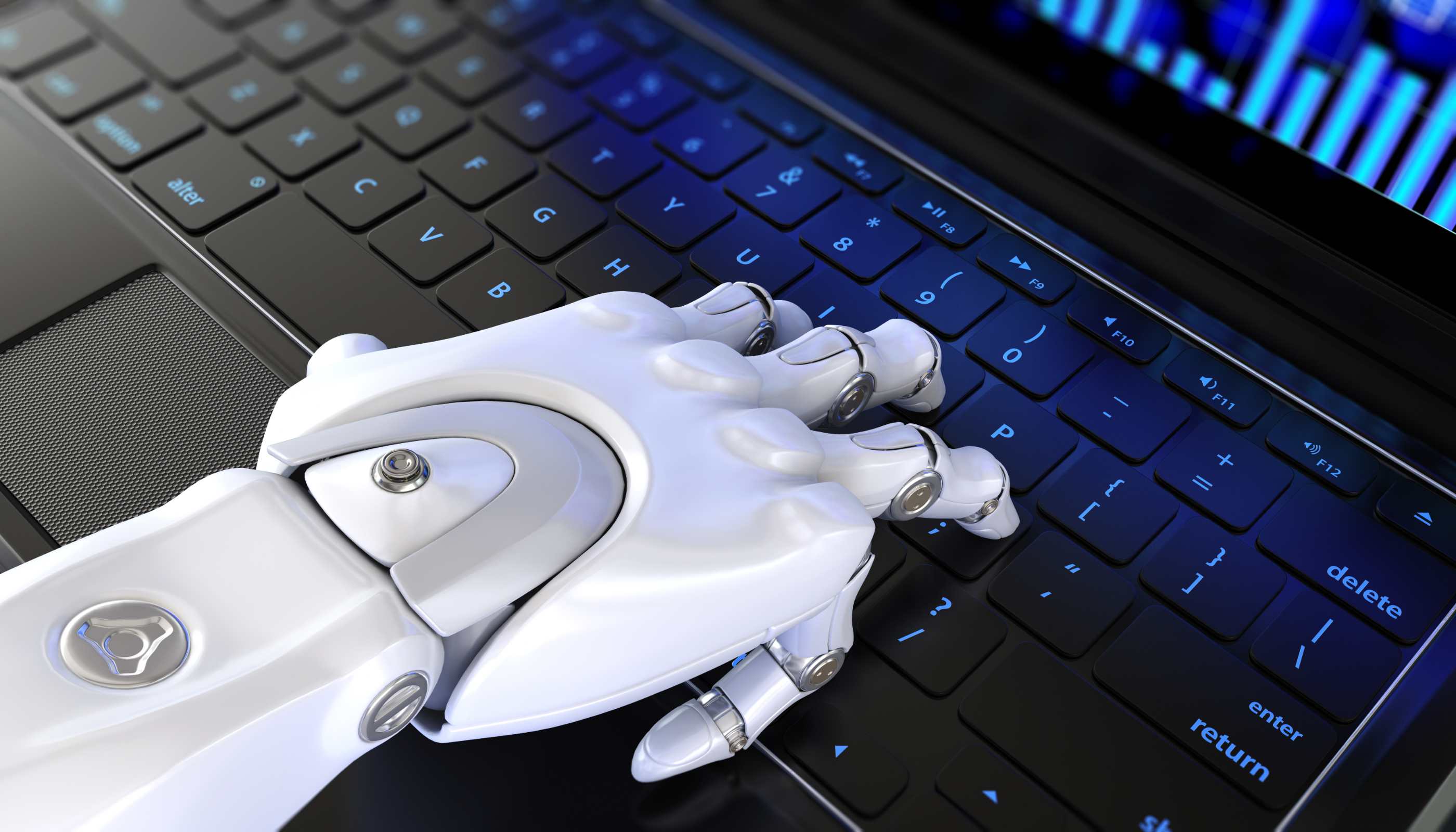 Hello automaters, and welcome to the first feature release from our new home here at Ivanti!

And what a busy few months it has been. We are more focused and committed to automation than ever before, and rest assured, we will continue to bring you exciting new features and innovations.

In this 10.2 release, you’ll notice some exciting and important steps.

On the exciting side is phase one of the two-step rebranding. Of course RES is now Ivanti, but we are also pleased to say that red is the new orange!

You’ll notice that our Management Portal has already been adjusted with our new color scheme and logos. We have brought it in line with the other products in the Ivanti product portfolio, and we are working in the background to rebrand the other components. too. You’ll be seeing those in the release coming early next year. 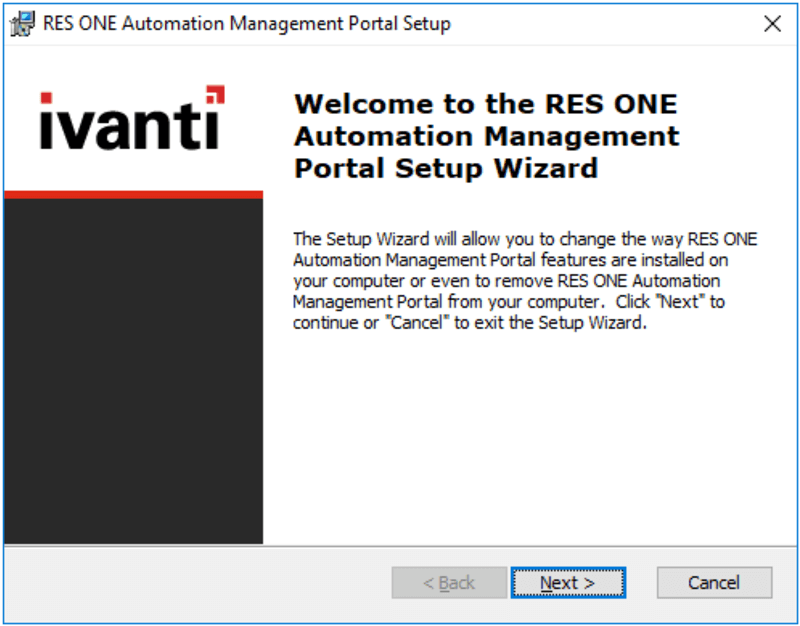 The people I have shown the new graphics and color scheme to have been very positive about what they have seen, citing the changes and "slick" and "clean". I hope you all agree!

While I’m on the subject of the Management Portal, you will notice that in the 10.2 release, we have added a very significant amount of new functionality. 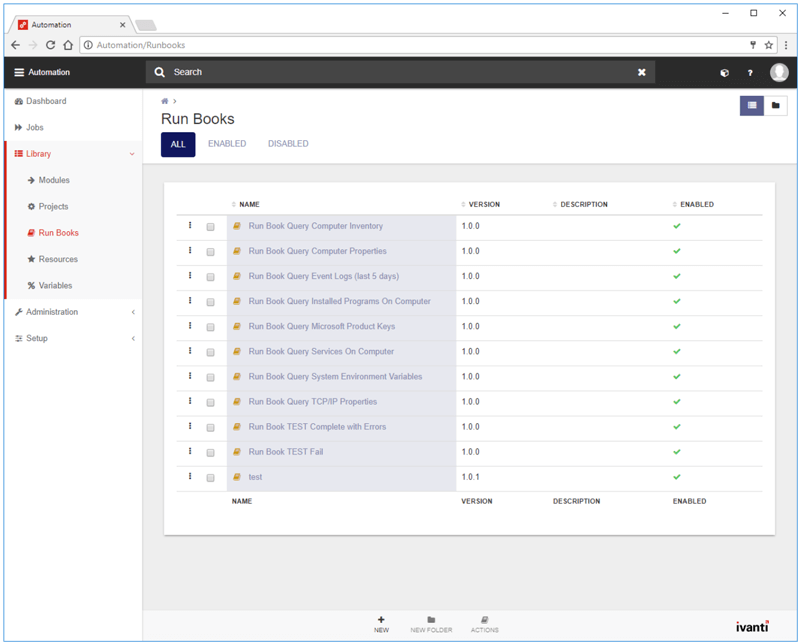 You will now find that we have added the Library section to the Portal, so you will be able to build out your Modules, Projects, and Run Books from your browser. I am really pleased with the result of this, and the team has managed to maintain the ease of use that we had within the rich Console, while adding to the mix increased functionality like multi-select, multi-item editability. Also, improvements to the Folder/List view make this a really nice place to be.

Adding multi-edit to the Variables section is something you have been requesting for a while, so we have taken the opportunity to add that functionality for you, too. We have worked with the User Interaction team to make sure that everything can be found in a logical place, and that the flow as you build out your jobs is intuitive and easy to use.

We have also built out the Resources functionality, again making some improvements to the UX along the way. 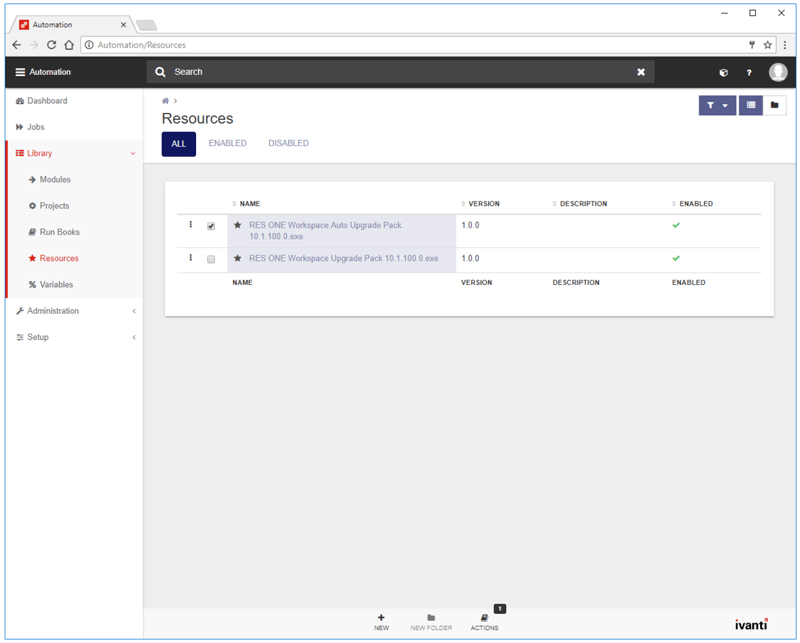 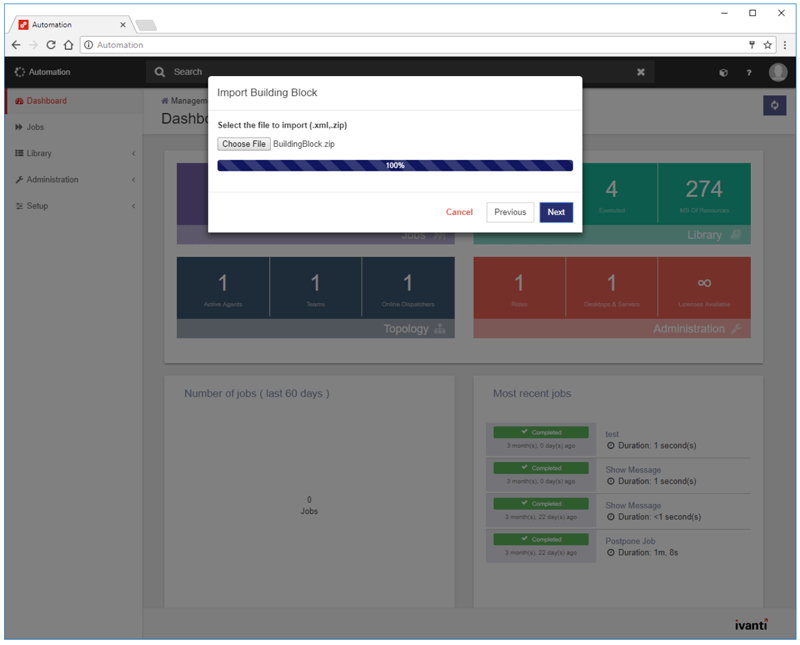 In the 10.1 release, we added the new Building Block password functionality in the rich console. This was part of the AES-256 support, as the password entered is value that we encrypt against. So if the Building Block contains any security sensitive data (i.e. passwords or credentials), the content is secured.

We received some good feedback from two customers suggesting an enhancement to this. What was interesting was that both customers asked for the same thing and were not aware of each other at all. It just goes to show that great minds think alike!

In order to introduce improved security around this and to prevent people from using a standard password, we have instead implemented a passkey generator in both the rich console as well as the management portal. This will create a Unique Identifier, which you can copy out to a text file, or into a separate e-mail that can be sent along separately from your Building Block. It means that no two Building Blocks will be encrypted against the same passkey,  providing a significantly elevated level of protection. For those that create Building Blocks from command line, the passkey will automatically be saved out to a text file of the same name, so we’ve got that covered, too! 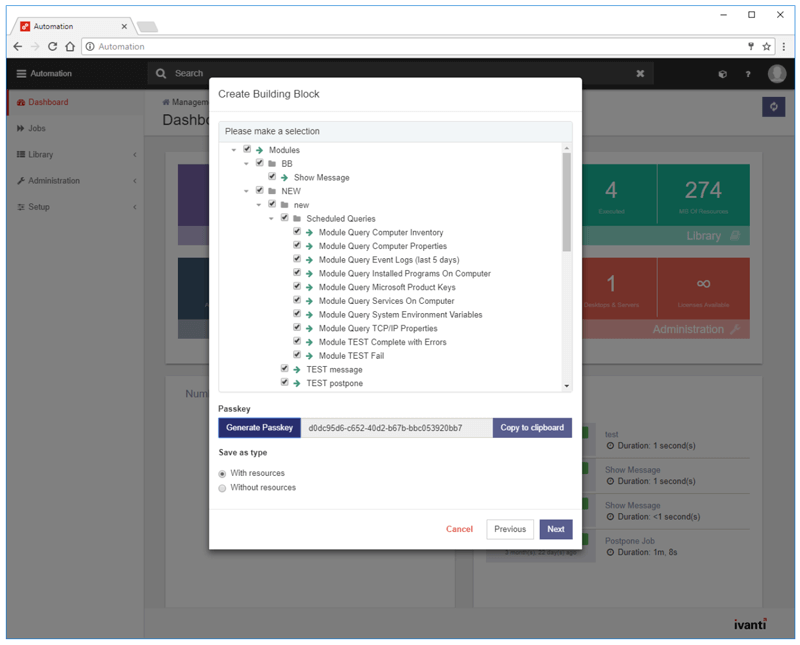 The final thing I wanted to draw your attention to in the Management Portal is the addition of the WMC.exe Command Line tool. 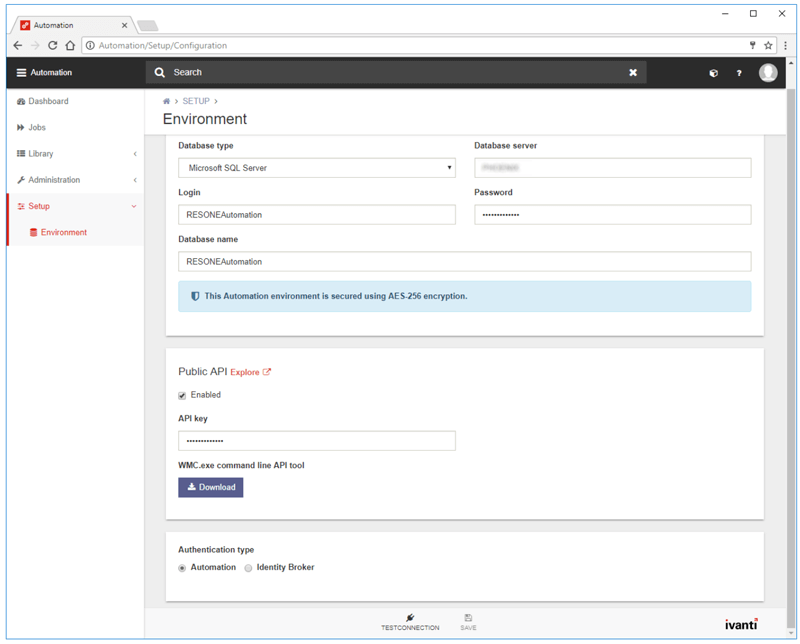 We have customers that are running millions of Run Books from the Command Line, so are currently 100% reliant on the rich console for their day-to-day operations.

Well, we have made no secret about the fact that the rich console will ultimately be end-of-lifed in favor of the Management Portal. This is more future proofed, does not limit us in terms of functionality like the old console does, is better performing, is more secure and is significantly more scalable.

However, we need to think about those customers that are still calling their Run Books from other tools and products from the Command Line.

Accessible from the Setup => Environment node, downloading the executable together with a little configuration file as a zip means you can drop this into the exact same location as your old instance of the Console.

Calling this executable from other tools or scripts will basically convert the called Command and associated switches into a call to the REST API that does the same.

This provides customers with a solution to phasing out the old Console, without having to modify millions of Run Books. Some partners have been trialling this, and feedback has been astonishing!

Of course, my hope is that customers will embrace the REST API directly in the future – another part of the product that we have enhanced and added to as we have been building out the Management Portal.

In 10.1 we introduced AES-256 encryption to new installs of Automation. I mentioned at this time that in the next release we would offer the ability to upgrade existing installations from our proprietarily obfuscated values to AES-256 encrypted values where security-sensitive data is stored.

Well that time has arrived, and I am pleased to say that you are now able to download the AES-256 Conversion Tool from the Success Center. 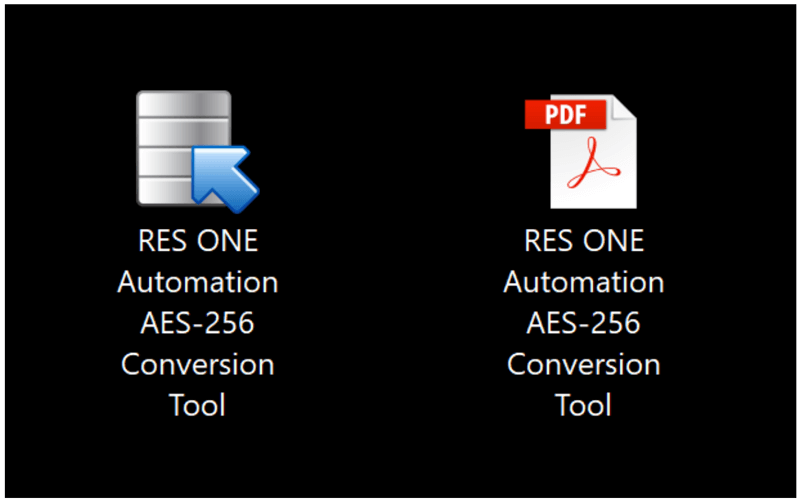 There are a couple of things to note regarding this Conversion Tool:

When you run the first part, your Dispatchers will be taken offline, and you must close all instances of Consoles and Management Portals. This is to ensure that no data corruption occurs. The Dispatchers and Consoles can be used during the conversion of the previously executed Jobs.

You can find more details about the AES-256 Conversion Tool in the Automation Help, the Admin Guide, and in a Getting Started Guide available of the Success Center.

We have been converting hundreds of datastores and many terabytes of data over the last few months in order to make sure this is an easy to use, reliable and seamless experience for you.

We have been watching IPv6 over the last few years, and have been keeping an eye on the adoption rate in the Enterprise, and specifically by our customers.

We have been polling customers and partners via our ideation system User Voice accessible through the Success Center, and via other channels like Support.

Demand was finally at the stage where we could justify the significant amount of effort involved in making our product work with IPv6.

This is not just for the Windows Agent+, we have also added IPv6 support to the newest distributions for our Linux, Unix and Mac operating systems too.

One area we have not covered with IPv6 is the ability to scan a subnet. Because of the many thousands of addresses that are covered here, we felt this was not useful functionality to provide.

You will find IPv6 covered in areas such as Team rules, Wake-on-LAN and Send SNMP Trap. In addition, the functions @[GET-IPV6] and @[GET-IPV6ALL] have been added. 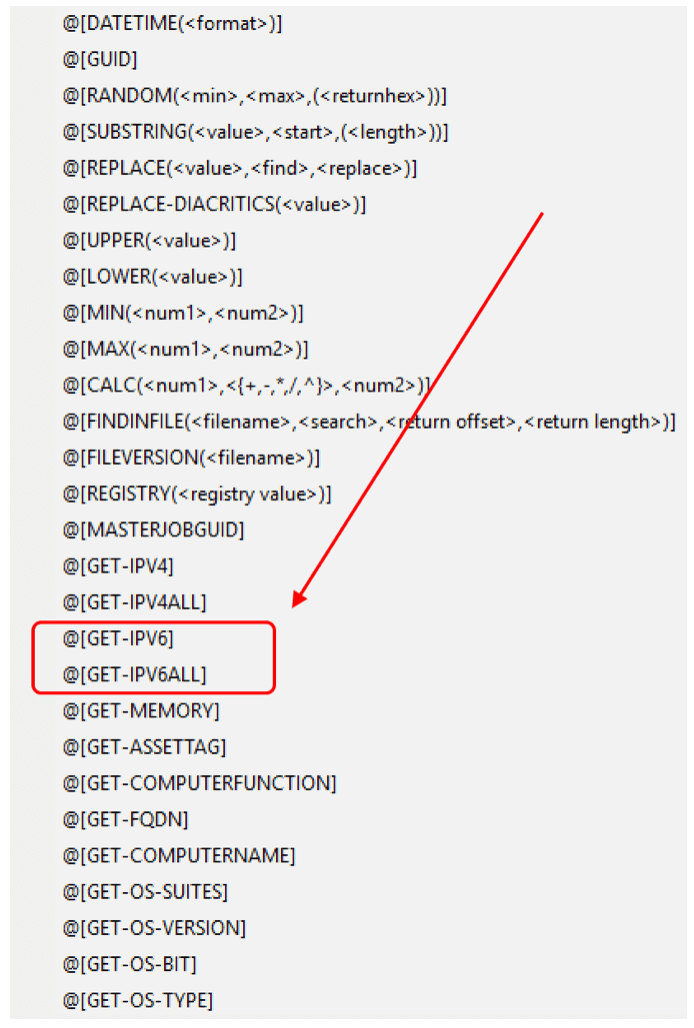 Several Customers have asked us to provide additional options around job scheduling.
It was previously not particularly easy to setup jobs to run on the first and third Friday of the month, or every 30 minutes on a Monday, Wednesday and Friday.

With customers now using Parallel Processing to run many background queries, it became clear that we urgently needed to provide more flexible options. 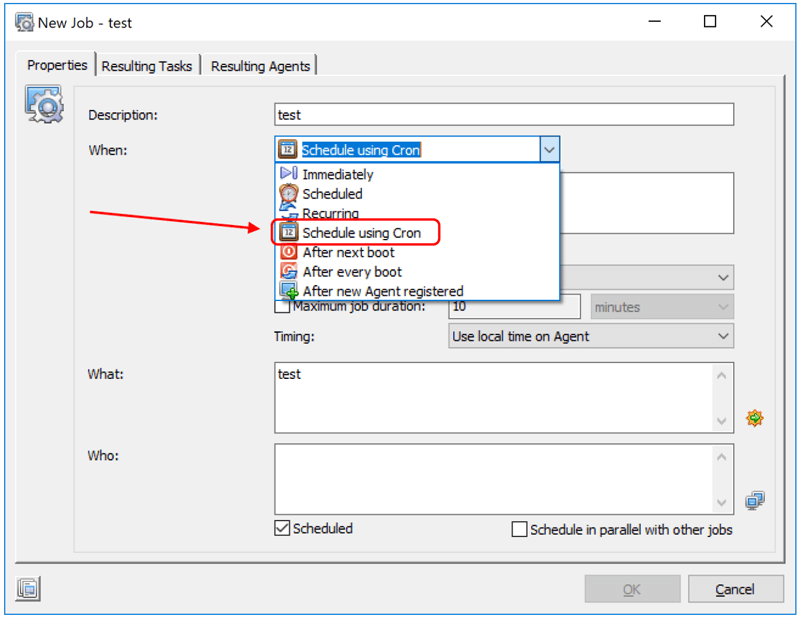 We decided that using Cron was the best idea, and we built a nice, easy-to-use interface to allow the jobs to be easily scheduled. 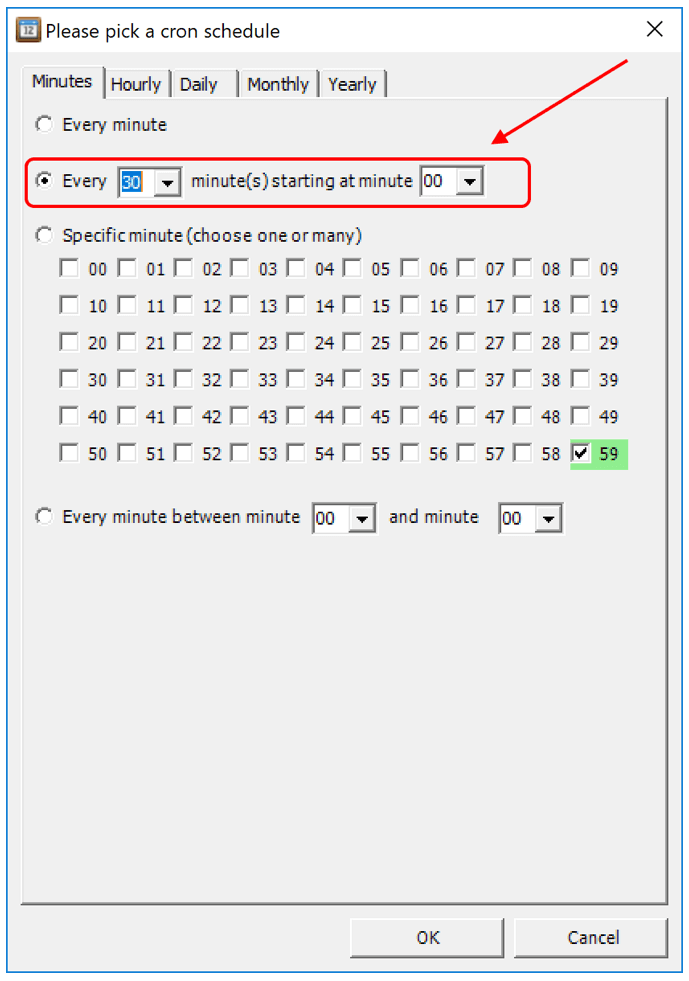 So now, you can go in to the Minutes, Hourly, Daily, Monthly and Yearly tabs and build out your highly customized expressions. 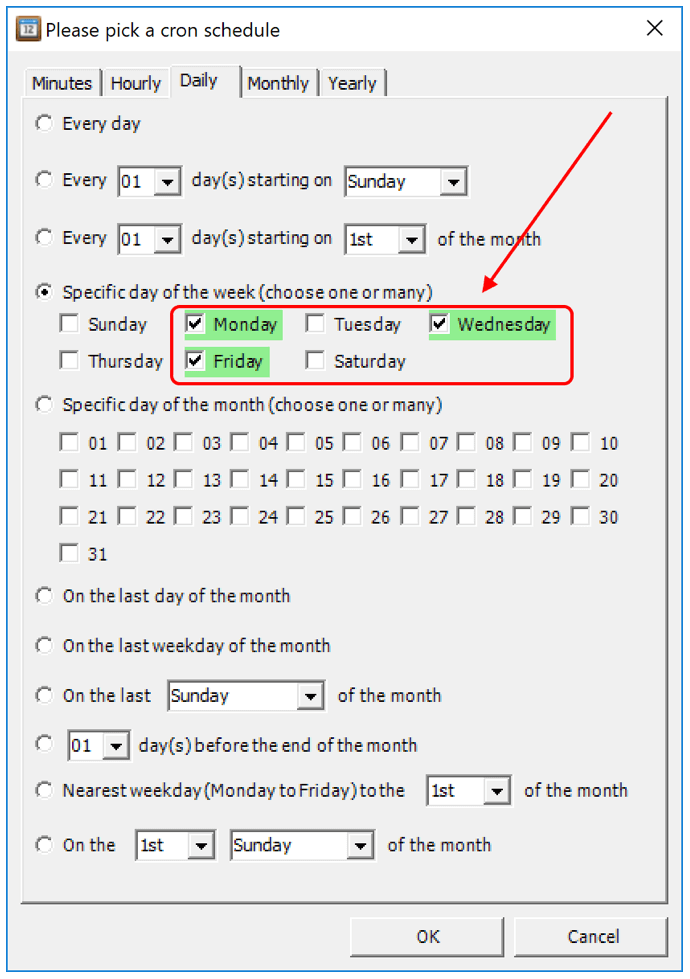 When you click OK, you will be taken back to the Job Schedule window, where you’ll be able to see a summary of the schedule that you have just built. 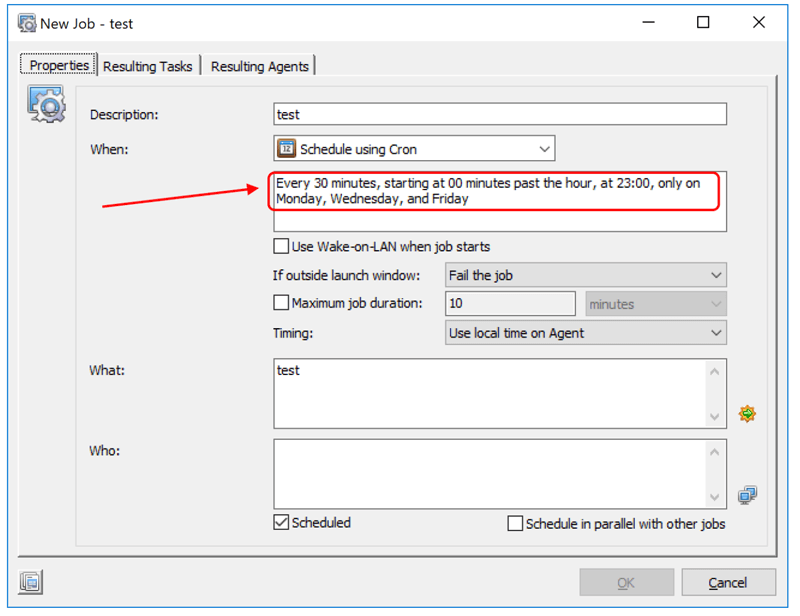 I will like to say a special thank you to our Developer Marc van den Boomen who took it upon himself to build out this interface at home in his spare time!

As part of our commitment to the Cloud, Ivanti Automation now supports Microsoft Azure SQL. 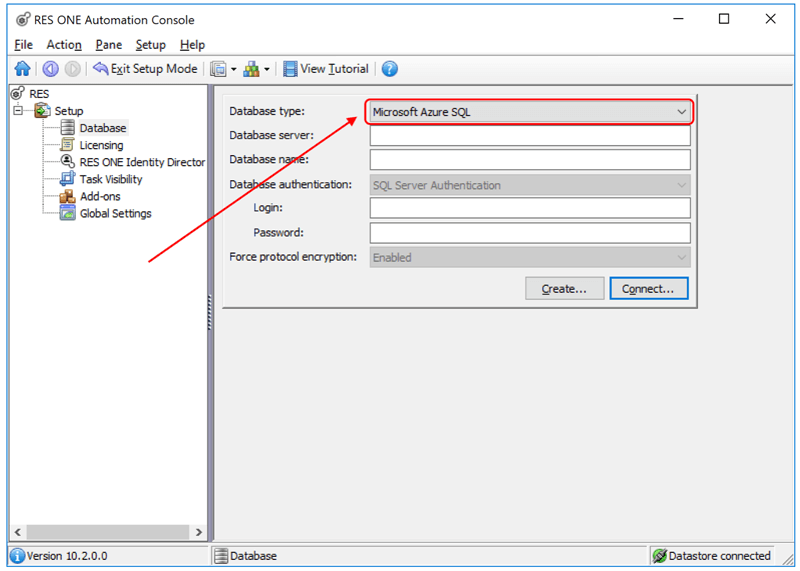 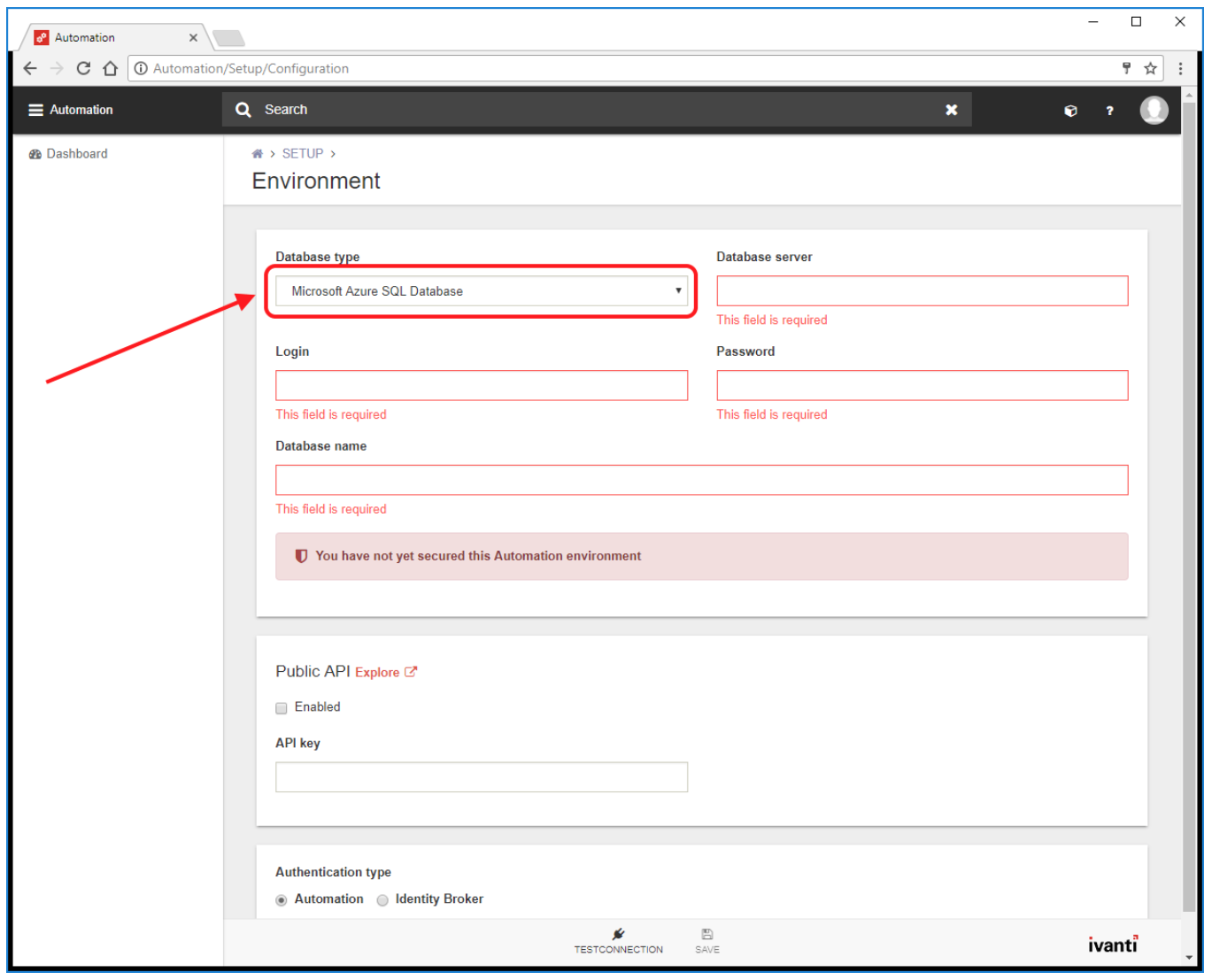 We have also updated the Management Portal to support the following databases: 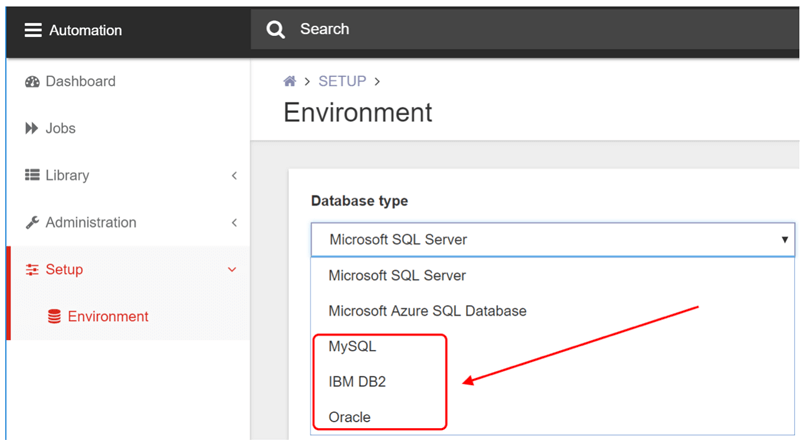 This concludes the Headline News, but there are several other Enhancements that we have added to the 10.2 release as well as a slew of Resolved Issues and Fixes – please check out the Release Notes on the Success Center for Further Information.

I am really pleased with this very important release, and I would like to extend my sincere thanks and gratitude to the A-team who have, as always, produced an awesome release.

What to Look for With Ivanti's Fourth Quarter Release