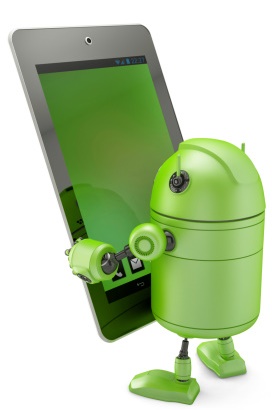 Adding Android: A Few of the Biggest Benefits

As you consider the implications of introducing Android devices to your supply chain workers, you’ll see two camps emerge that represent the majority of your team.

One group has been using your telnet clients and is very familiar with how it works. The other group is generally your younger workers and new hires—many of whom have never seen a “green screen” app in their lives and have no idea how to use one.

Choosing Android mobile devices for your next mobility deployment—and modernizing your mobility clients with Velocity—will help you boost productivity in both of these groups.

The more obvious group who will benefit is the younger crowd who doesn’t have to learn how to use a telnet application. This will save countless hours on its own.

Remember, these workers (mostly late Gen X’ers through millennials) have grown up during rapid changes in technology and don’t fear diving into something new. For them, the only new thing will be the workflow.

They’ve grown up with Android over the last several years and will tend to embrace your modernized application because it works just like the smartphone they carry.

As for the more experienced camp of users, they will also embrace your Velocity modernized app on an Android mobile device, but for very different reasons.

First off, while they’re very familiar and comfortable with their telnet client app, they’re not unfamiliar with the Android user experience. While change can be scary, delivering their familiar workflow in a modernized application is actually what this crowd has been hoping for.

They look at the smartphones in their pockets and have recognized opportunity. They want to be able to work faster.

While they know your current telnet-based workflow with their eyes closed, giving them the Android experience is a win for personal productivity. These are your more mature workers who realize that the current devices and apps may be limiting all they can accomplish before their shift ends.

In both cases, the user experience offered through a modernized app is an opportunity to increase productivity for all your workers. It’s an unusual opportunity wherein the question isn’t who will resist, but rather which group will embrace the experience faster.

Beyond the familiarity of the experience, as well as the productivity that Android can unlock, there is more you can do to influence the intuitiveness of your workflow directly.

The Velocity administrative console gives you control over how those modernized screens are presented to the user.

One common practice that companies are embracing is color-coded visual cues. Users of a text-based client like telnet would key in a “Y” for “yes” and key in an “N” for “no”.

Now, however, these two responses are tap-able responses on the application screen. To help address speed and even language challenges, color coding responses such as these (the “yes” box is green, the “no” box is red) can make it even easier for workers to accurately choose their response.

Others have taken to color-coding entire task navigation—making each type of task workflow a different color. In this scenario, all the screens in your Picking workflow may have a green background, while Receiving screens would be presented on a blue background.

Adding elements such as color-coding make at-a-glance navigation even faster for workers, which can accelerate the training of new workers, among other things.

One additional customization element that can improve worker productivity significantly is custom keyboards.

Many Android rugged devices, like their consumer-grade cousins, are designed with few physical buttons or keys. While standard keypads for QWERTY and numeric data entry are useful, you can create custom keyboards that present users with only the on-screen keys they would need for a specific data field. This reduces the potential for typographical errors that can impact data accuracy.