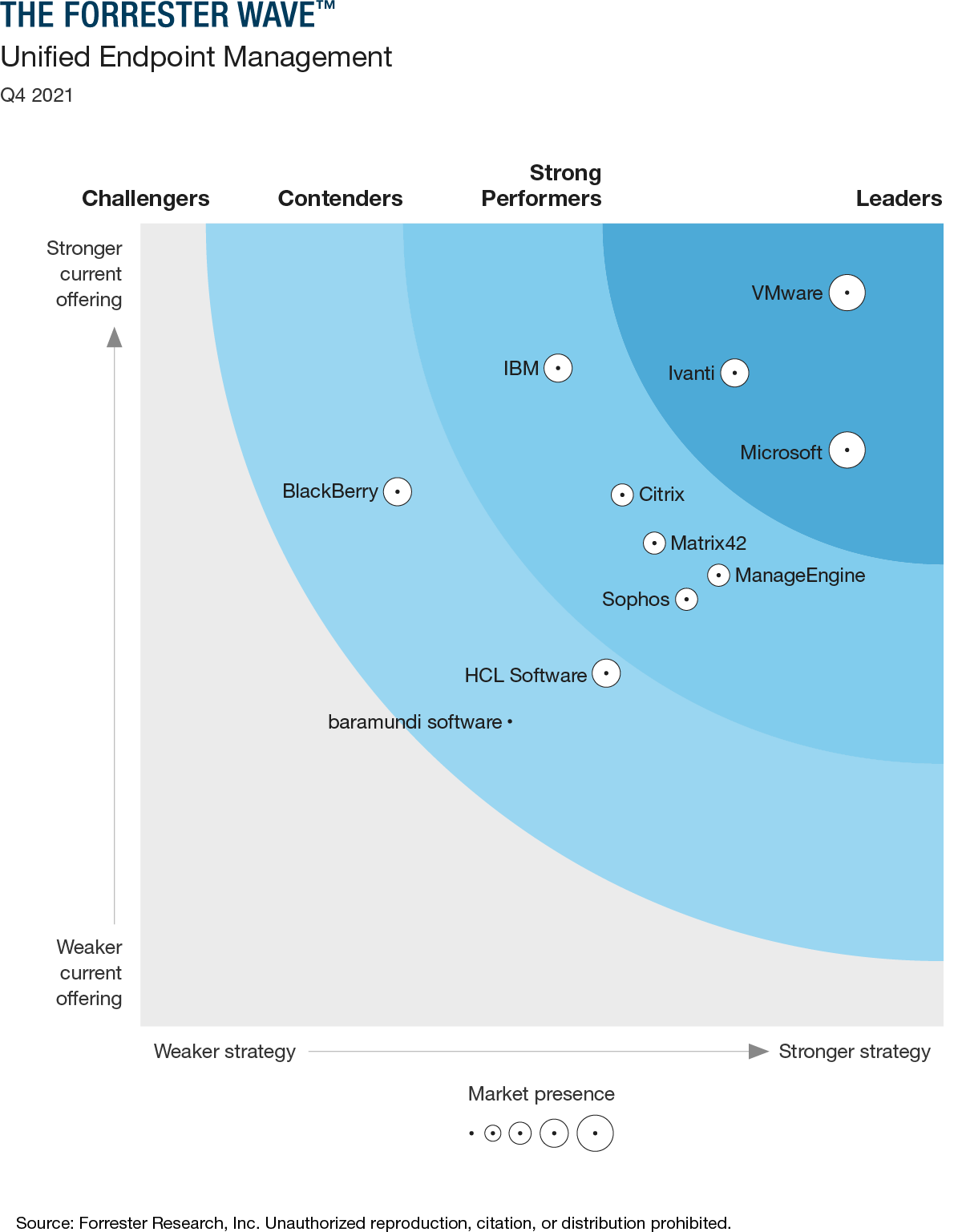 Evaluated alongside 11 UEM providers, Ivanti earned the highest marks possible across the key criteria of execution, planned enhancements, partner ecosystem, and revenue—with Forrester noting that Ivanti “has one of the strongest visions for a combined UEM and ESM approach.”