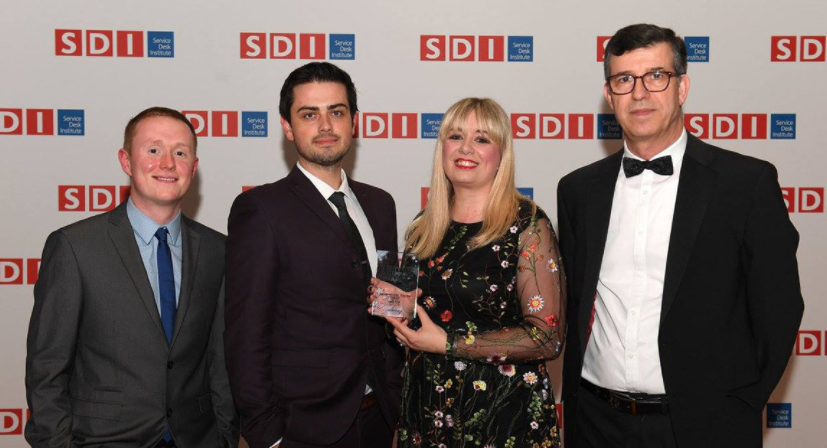 Ivanti Customer Wins Inspirational Leader of the Year in Birmingham

Meet Sally Bogg, winner of IT Service Desk's Inspirational Leader of the Year award, which recognizes the positive and sustainable impact Sally has had on staff at Leeds Beckett University as well as on the service desk industry at large.

With over 10 years of experience in providing IT support services, Sally has followed a surprisingly non-traditional career path. She had her first baby at the age of 17 in 1991—a time when there was very little educational support for teenage mothers. As a result, she was forced to leave school. By age 25, Sally had two more children and was a stay-at-home mom.

Determined to finish school amid the responsibilities of being a mother, Sally graduated from Leeds Beckett University with a bachelor's degree in computing, and eventually went on to complete a master's degree in IT service management. She credits her college experience for kick-starting her career in IT and fueling her love for higher education.

Sally joined Leeds Beckett University as head of end user services in December 2015 from her previous role as IT service desk manager at the University of Leeds. Over the years, she has established herself as one of the leading voices in the higher education IT industry. Here are a few of her career highlights:

Support for Women in IT

Sally is also a dedicated advocate for Women in IT. She uses her Twitter profile to promote events and engage in lively debates around equality in IT. She is currently working on creating a Women in IT networking event for the UCISA and, as a conference organizer, she always ensures that women are strongly represented at events.

To celebrate International Women’s Day in 2017, Sally published an article on the Leeds Beckett University website to promote the hard work of all the women working in IT Services at the University. Sally was the first female winner of the Service Desk Institute’s IT Service & Support Awards Inspirational Leader award in April 2017. Sally is also a supporter of TechMums, an initiative that aims to empower women through technology; Sally pays a monthly subscription to support their work and also actively promotes the movement on social media.

Commenting after receiving the award, Sally said: “We use the words customer service, student experience, student voice and customer journey frequently and easily, but sometimes it’s important to reflect on what that actually means. Universities are full of remarkable people with remarkable stories and I know as a graduate of Leeds Beckett University that for every single one of our students, the opportunity for a university education can be a life changing experience. I am thrilled to have received this award and proud that I have been able to play a part in driving forward professionalism and customer excellence here at Leeds Beckett and within the higher education sector."

Ivanti partners with University of Sharjah to transform IT Services