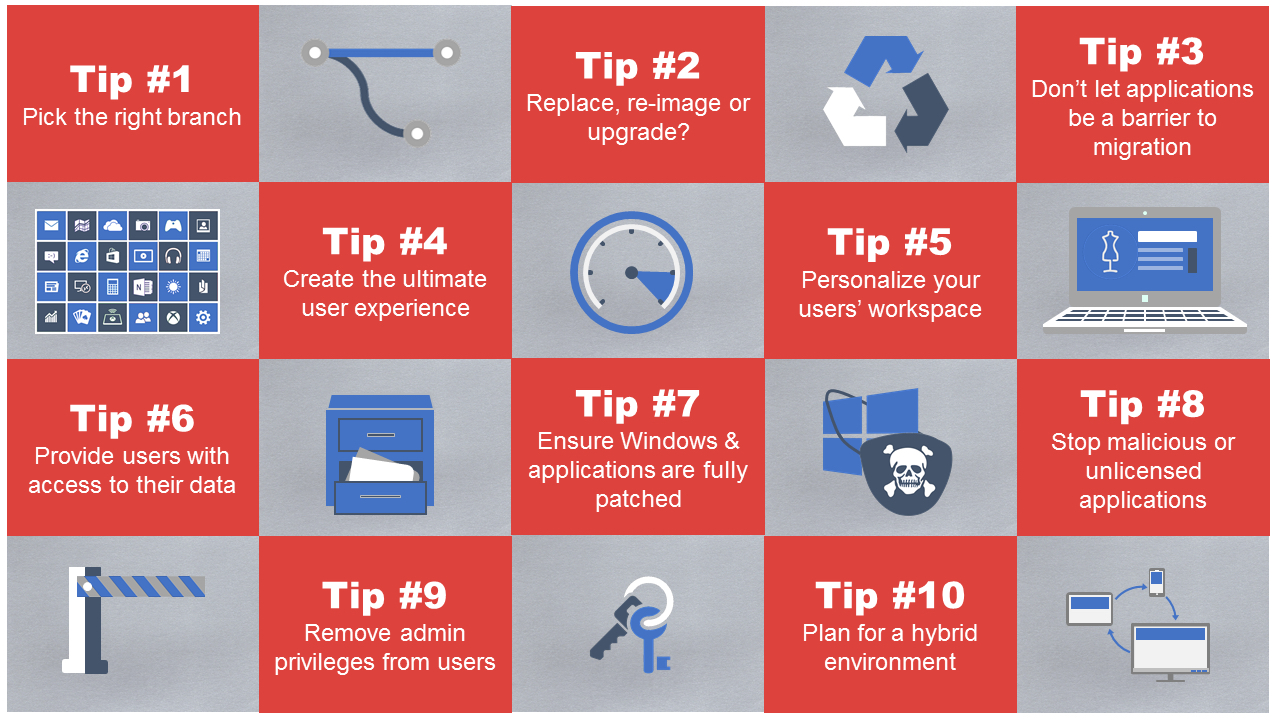 Windows 10 is the largest single reboot of Microsoft’s operating system since Windows 7 was introduced almost eight years ago. Although it has been generally available for almost two years, only 10 percent of companies have Windows 10 fully in production, according to a recent study by Dimensional Research. Additionally, according to the same study, 38 percent of IT organizations plan to migrate to Windows 10 within the next two years, 35 percent plan to migrate in the next year, and 14 percent have not established a migration timeline.

Operating system adoption foot-dragging is not uncommon. According to netmarketshare.com, over 7 percent of global end points continue to use Windows XP, even though Microsoft ended support in 2014.

Why should organizations embrace Windows 10?

With extended support for Window 7 scheduled to end in 2020, many organizations are now staring the inevitability of migrating their users to Windows 10 straight in the face. The proliferation of ransomware and other malicious content waiting to attack Windows 7 endpoints once official support ends has created significant pressure to migrate, even for laggards.

Furthermore, the increase in user mobility can force some organizations’ hands in terms of Windows 10 adoption. The ‘stealth IT’ issue, whereby users who utilize new devices pre-installed with Windows 10, often results in IT departments having to begrudgingly offer limited support for Windows 10 even though it’s not officially supported by the business. These devices might include PCs, laptops, smartphones or even wearable devices.

What do organizations need to consider when migrating?

There are many upfront considerations that need to be taken to ensure a successful user migration to Windows 10. Here are just a few.

These questions and more are addressed in our Top Ten Tips for Windows 10 Migration.

Want to learn more about the State of Windows 10 Migration?

Join our upcoming webinar on Wednesday, May 31st to gain insight. We asked 1,826 IT professionals with decision-making responsibility for corporate desktops and laptops questions ranging from current Windows 10 adoption to migration approaches and issues, post-migration findings, and future plans. Register here.