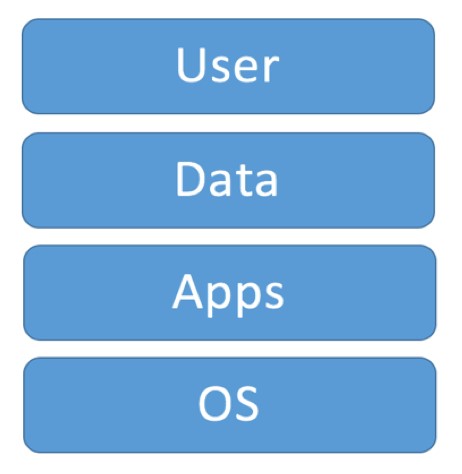 Unless you’ve been in cryogenic storage for the last 18 months, you’ve been deluged with information about Windows 10.

Most recently, you’ve been barraged with Windows 10 Anniversary Update information. You may even read LANDESK and AppSense articles on how we can ease Windows 10 migration pain, specifically for  image deployment, application deployment and profile / data migration. Like it or not, there is more to come on one of the best-performing, beautiful, most user-friendly and modern versions of Windows come to market.

Over 200M machines are successfully running Windows 10. It’s probably already running on your users’ home PC’s and consumer devices. In the enterprise, many organisations have also moved to Windows 10. Some have even finished their migration and are now lounging back, enjoying the fact they don’t need to worry about another migration, ever again.

For many enterprises, however, the migration to Windows 10 is still looming. Why are they waiting? To answer that, let’s look back at previous Windows migrations in enterprise companies.

Windows XP to Windows 7 was a big change, and for many a mammoth task. Device specification and application compatibility issues complicated, delayed and increased migration costs. And, with up to 15 years’ worth of user personalisation and data that needed to be moved, IT had to ensure that users’ productivity and experience wasn’t affected as they moved them to the newer OS. Fortunately, Microsoft saw this pain and addressed those issues with its Windows 10 “in place” upgrade approach and some simplification around performing the migration.

With the upgrade improvements to Windows 10, why are some still waiting to migrate? Is Windows 7 good enough? Are IT teams saying “If it ain’t broke, don’t fix it”? Do application compatibility concerns still worry application packaging teams and business units? Do users continue to save their files and data in numerous locations throughout the enterprise, putting the ‘migraine’ into ‘migration’ for IT? Do users continue to have poor user experiences due to user profile issues, slowing migration prep? For many organisations, the answer is yes to some, or possibly all of these challenges—and more.

When those organizations upgraded to Windows 7, that exactly what they did—upgrade. Their focus was to get the OS upgraded, driven by a looming EOL date. They performed a “windows migration.” They didn’t choose to perform a “desktop transformation.”

Those organizations didn’t have the time nor the money to investigate how they could migrate to the new OS and simultaneously change the way they managed their environment.

They utilised the same logon scripts they had always used. They didn’t clean up their AD. They continued to provide users with local admin privileges. They allowed users to store data where they wanted and ignored users who installed unknown applications. They chose to use scripts to migrate data and complex methods to deal with the v1 to v2 profile version problem. And, they manage Windows 7, warts and all, the same way they managed Windows XP.

Is it any wonder that their thinking about a move to Windows 10 is somewhat tarnished?

Why have some organizations moved so quickly to Windows 10? How could you get a head start pre-migration? Simple! Instead of thinking about migration, think about transformation. Instead of focusing on the actual OS migration, consider how to better manage the user workspace pre- and post-OS upgrade. Break up the monolithic desktop of yester-year and manage each layer separately, so that each can be independently updated, changed, or migrated.

One approach to transforming the desktop is desktop virtualisation. It’s arguably more secure, easier to manage and maintain, and when utilising Citrix XenApp, potentially most cost-effective to operate.

Here are some things to consider as you plan a desktop transformation:

And don’t wait for your OS migration to start moving to a layered approach! Start now. In addition to easier management of applications, data, and users, layering will make migrating to Windows 10 as easy as swapping out the current OS for the new OS—without affecting apps, data or the user.