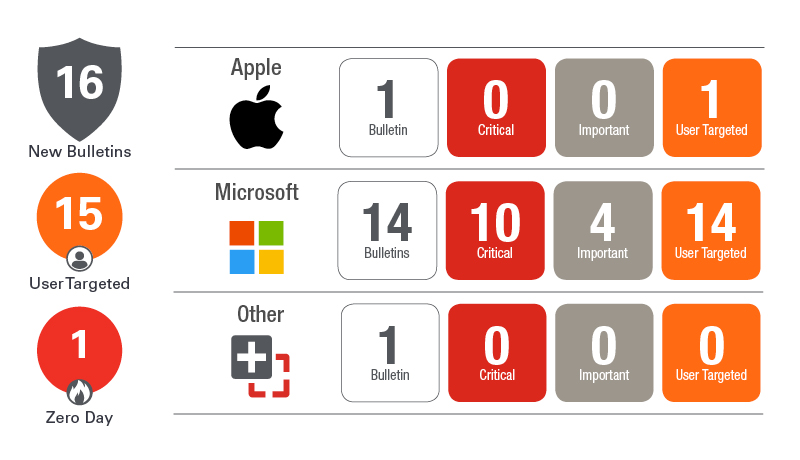 Microsoft has given us a ‘Fall Break’ this October with a very light set of updates. We have one zero-day vulnerability and one publicly disclosed vulnerability and NO security updates for Adobe Flash this month... a break indeed!

There was a total of 49 CVEs addressed across the portfolio. As expected, the majority, 33 were fixed in Windows 10, Edge, and the associated Server versions. Also, please note that there was an update for Server 2019 which was made generally available last week. Microsoft continued the trend from last month where they introduced both a monthly rollup and a security-only release for Server 2008. Prior to that there was only a single security update. Updates were released for all supported versions of Exchange Server and Sharepoint Server this month as well.

If you are looking for Windows 10, version 1809, also known as the Windows 10 October 2018 Update, you can’t download it right now. Microsoft has paused the rollout while they fix some significant issues. The biggest problem reported by many users, our content team included, is the update deletes all your files in the C:/Users/[username]/Documents/ folder.  To add further concern, rolling back to the previous version does not restore the files. There were other problems reported including a compatibility problem with Intel Display Audio device drivers and Task manager not displaying proper CPU usage information. Like me, you are probably asking how can this happen? We’re not alone, with several articles questioning the Microsoft quality control process and the Insider program which is supposed to expose all these bugs prior to release.

I mentioned in my introduction we did not have a Flash update from Microsoft, but Adobe did release a non-security update under APSB18-35. Apple released a security update for iCloud for Windows 7.7 that addresses 19 vulnerabilities, so definitely look into that if you use Apple products.

In closing, don’t forget Oracle has their Critical Patch Update (CPU) on October 16 so in addition to their application updates you can get the latest Java patches. Enjoy your fall break!

Ivanti is the home of award-winning Patch Tuesday coverage. Check it out: Ivanti wins GOLD from PR World Awards for its Patch Tuesday Campaign! 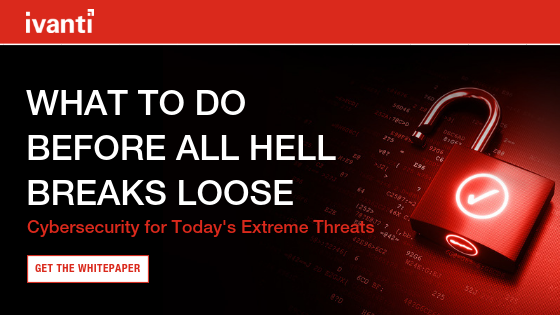