I got my first cell phone in the early 2000's when texting was brand new. There was a strict "no cell phone" policy at my high school, so being able to text your friends discreetly became a skill we were all furiously trying to master.

Our thumbs turned into pros nearly overnight, memorizing the T9 keyboard phrases like "what's up" and "how r u" without having to look.

You'd think this type of slow, belabored communication wouldn't have caught on. Quite the opposite. We were all immediately addicted to this thing called texting, and since then the technology surrounding texting has exploded.

It's this type of nostalgia that we wanted to hear from our advocates. Regardless of age, we all have memorable experiences with legacy technology. Here are a few stories from our Ivanti customers.

"My uncle bought a TRS-80 and taught himself BASIC to help run the family business. Shortly thereafter, he bought a second, more powerful version, and I inherited the first one. Teaching myself BASIC and playing games like Space Warp propelled me into getting a computer science degree and being in the IT industry." – Warren Grable

"I purchased my first PC in 1994. A few months later, I paid the IBM store $100 to install an additional stick of RAM. I discovered later in a magazine what a simple job it was, and from that point on, I learned how to build and maintain my own PCs." – Brian

"I remember when my parents bought our first computer. It was the typical large beige tower computer from Gateway. My sisters and I would fight over who got to sit in the big chair and push the buttons on the keyboard and search for something fun to play on the computer." – Josh

"The one piece of technology that impacted my life was a Texas Instrument 99/4A computer that we had around the house, only because we found it in a storage unit that we had cleaned out. I had a great time learning stuff on that computer, and my mom eventually bought me a game programming book for that computer. That's where I got my love for computers and technology." – Jason

"I decided to take apart an old laptop right around the year 2000, back when they weren't very portable and had a lot of circuit boards in them. It did work, but I just wanted to see what was inside. I located all the necessary parts and learned a bit more about laptops, so I put it back together. Once I put the last screw in, I turned around and realized I had an extra circuit board sitting out!" – Jason

"I had my first computer ever (an Intel 486) when I did not know anything about computers yet, so I was surprised to one day see that my 400Mb HDD was almost filled. I started a cleanup frenzy that ended up with me deleting 'mouse.bat' (or .exe cannot recall but the mouse file). As I was doing the clean-up from MS-DOS I thought, 'I already have a working mouse in Windows, why do I need this file in MS-DOS? Let's get rid of it!' Not such a great idea..." – Daniel

"I remember when the internet first started appearing in homes. I was allowed one hour of internet a week, and I'd get up early in the morning so it would be as fast as possible! Hearing the old bing-bong-shzzzz noise always takes me back to those early days." – Eva

"I'll never forget having to rewind VHS tapes in the tape player after watching. Sometimes I would pull the tape just to see what would happen and wind it back up with my finger. Would make my parents pretty mad." – Katelyn

"The fun of getting the zx81 out and connected to the TV. Next running the tape player (recorder) to hopefully load correctly, if not you may have to wait another 15 mins to reload the first cassette before being able to run the second. Then low and behold Horace could really get you skiing! A lot of effort, but I remember it being lots of fun." – Ady

"My CD player when it finally got 3 second anti-skip protect!" – Peter Quill

"How could I forget my first Sony Walkman? Listening the same tape over and over again!" – Celestino

"I remember the first consumer car phone. I say 'car phone' because that's what it was called. It was a soft briefcase that you had to plug into a cigarette lighter and inside was a Motorola phone. That thing was a pain!" – Ross

"I still remember my Sears Talking CompuTron from the 80s as being one of my favorite toys. It was my first interaction with a computer because back then home computers were less common. The educational games meant I was a little ahead of my peers when I went to school because it made learning fun." – Kelly

"Getting Doom for Christmas. I played it all day on my dad's old DX2 33 and was dizzy all night. I think I was sick the next day." – Steve Hoensch

"I had very bad handwriting in primary school. I still have gruesome handwriting. I am so old that people thought if you could not write nicely, you could never do a decent job. And that is why I was the only one in the whole school to take a typewriter. That typewriter ensured that I had a head start on everyone, because I was able to type faster at the age of 8 than many typists, and as a result, I was able to absorb the computer world much faster." – Alex

"The technology that influenced my life was a PLC in my years of apprenticeship as an electrician. It was fascinating what you could do with just a few inputs (at that time without a computer). Process automation/IT influenced my life from then on and never let go of me. Sometimes to the chagrin of my wife!" – Tom

"I had the opportunity to chaperone a group of 10-year-olds to Kennedy Space Center in Florida. While there, one of the displays showed some equipment used by one of the astronauts. There was a CD Walkman in the display and I asked the kids, 'Does anyone know what that is?' I got a bunch of blank stares and none were able to answer. When I told them what it was, the blank stares continued and then became more of an 'Are you serious?' This made me realize two things: 1) I definitely felt older that day and 2) How far technology has come in such a short period of time and why I am in the field I am in. The constant change forces you to keep up with the trends and look at technology in a more fluid manner." – Jose 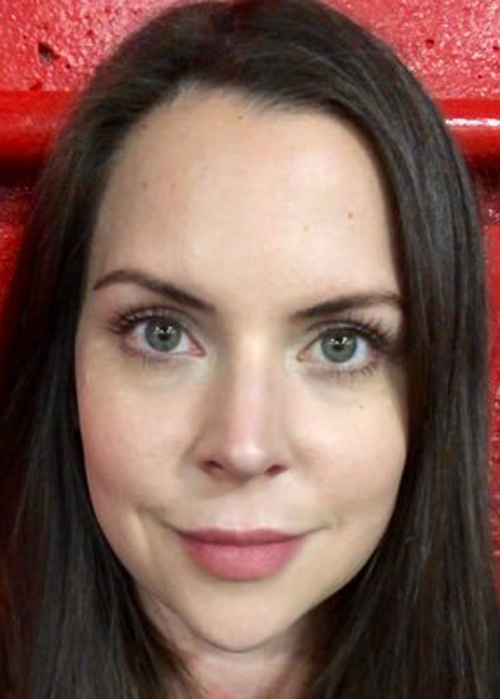