How to Integrate a CMDB With IT Asset Management (ITAM)

When I meet with organizations that are looking for an asset management solution, I am often asked whether the configuration management database (CMDB) can be used for tracking IT assets using ITAM best practices.

The issue that arises when implementing a CMDB with an ITAM solution is the belief that there is a feature overlap when using both solutions. For example, an IT asset located in the asset management database could also be a configuration item (CI) in the CMDB, so how do you avoid duplicating an asset in both databases?

Let’s use an analogy by looking at how airlines manage their flights and their equipment and planes.

Imagine booking a flight from New York to London. The flight you are looking for is identified by the flight number 192. In the airline’s database, flight 192 from NY to London consists of a plane, crew, gate, gate agents, and ground crew. 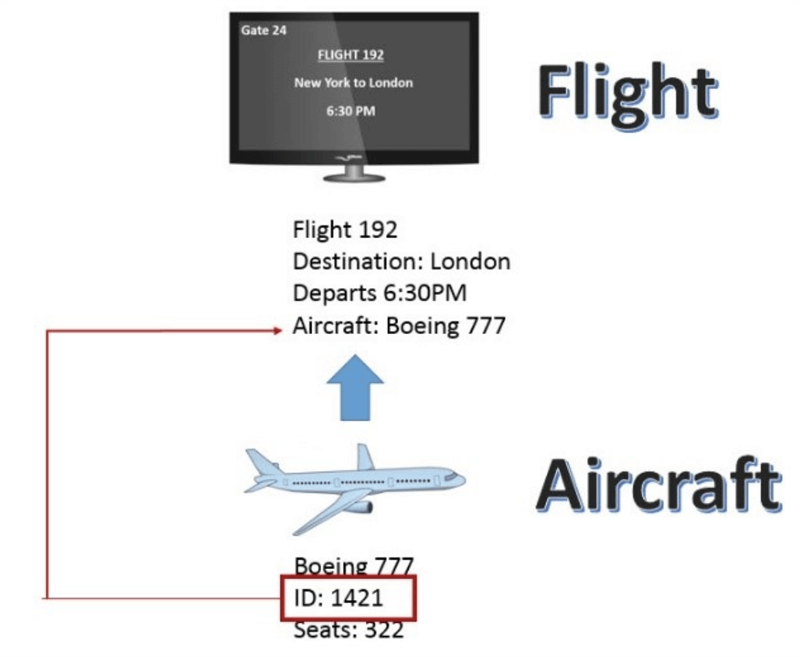 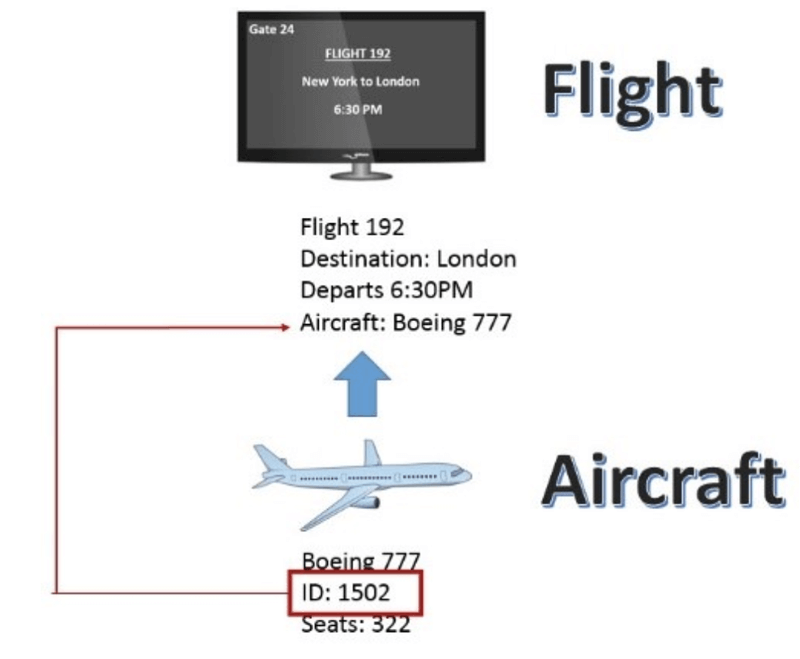 Even though a different aircraft (ID: 1502) will be used to support flight 192, the flight number does not change. Managing a CMDB with IT asset management is similar to managing the flight database with an equipment/plane inventory database.

In most cases, a CI is a combination of IT assets, such as an email server which consists of hardware and software. Let’s use an example of an email CI named EMAIL-SRV that is using a physical server named SRV01. 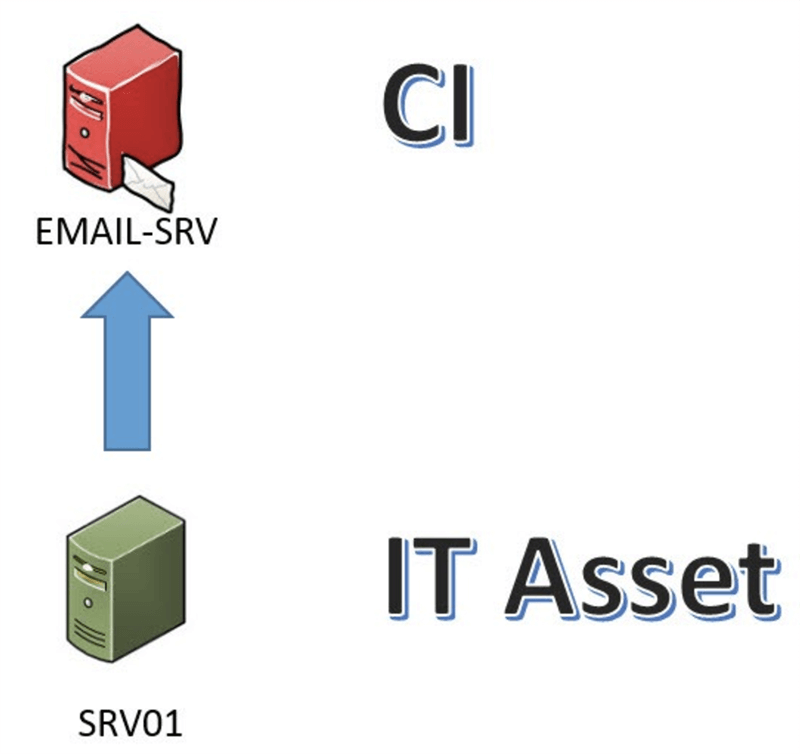 SRV01 is an older server with a slower processor and less memory. A change request is issued to replace SRV01 with newer server named SRV02.

After replacing the server, the email CI is then updated with the new server’s information and configuration; however, the name of the CI, EMAIL-SRV would not be changed. 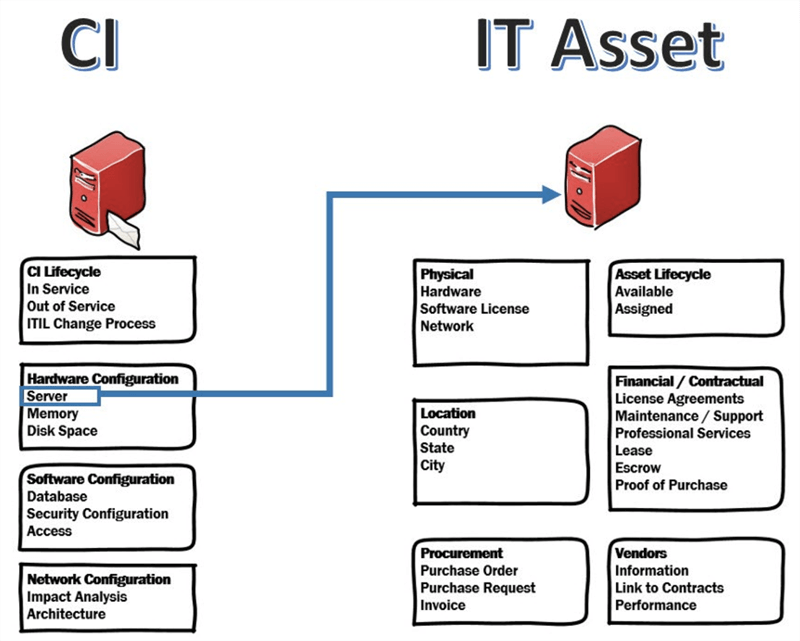 With seamless integration between a CMDB and the IT asset management database, the IT asset can be directly linked to the CI located in the CMDB instead of being recreated. This is similar to how airlines link equipment/planes to their flight database.

CMDB vs ITAM: Why do you need both solutions?

Even though many properties of a CI are similar to those of an IT asset, the lifecycle process for each is much different.

CIs are IT assets that affect business processes. CIs are usually associated with ITIL processes such as problem, change, and release management.

Configuration management objectives look at IT assets from an operational and support perspective. Asset availability and stability impact an organization’s day-to-day operations, so assets need to be documented along with their configuration and service offerings.

An IT asset is part of the organization’s IT asset inventory and usually contains information associated with contracts, cost centers, lifecycle status, and location.

Asset management processes will assign, unassigned, or re-assigned IT assets to end-users or to CIs so that assets are not misplaced or lost.

ITAM objectives focus on managing an IT asset’s overall cost, including ownership, associated contracts with asset lifecycle, warranty, and refresh information. ITAM focuses on IT assets from an organization’s financial perspective.