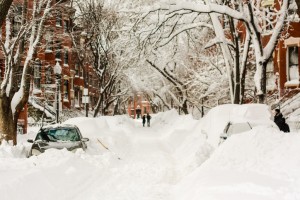 Boston Public Health Commission (BPHC) is the country's oldest health department, with a mission to "protect, preserve and promote the health and well-being of all Boston residents, particularly the vulnerable."

BPHC was formed in 1799 and Paul Revere was Boston's first health commissioner.

With history like this on your side–plus miserable weather and challenging infrastructure–it’s important for Jeff Beers, the director of IT, to keep the staff running and productive. This staff includes six bureaus and 40 programs at 21 different locations. He turned to DynTek to help transition from physical PCs to VDI.

On Thursday, June 16, we interviewed Jeff Beers from BHPC about their implementation and the issues they faced, and it’s a fascinating story.

Here are a couple of my favorite quotes from Jeff:

Donovan Pearman from DynTek dug into the details of how this was achieved, so hopefully you will find this both interesting and informative.

If you want to hear more, the whole webinar is available here.