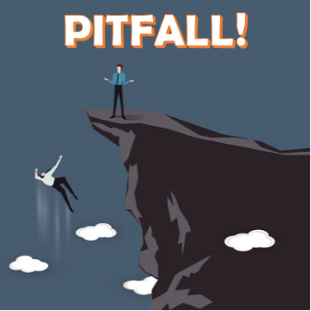 Many years ago, I resigned from my job so that I could pursue another opportunity. I wrote a resignation letter to make it official and sent an email to all the people I had the pleasure of working with during my employment.  I was ready to take on an exciting new job. What made everything so good was that I left that company on such good terms.

My Company laptop was AWESOME!

A few months prior to leaving my employer, my laptop had been upgraded with the latest and fastest model on the market. When I say the latest model, I also mean the latest technology. To emphasize that I am not exaggerating about that laptop, let me tell you about some of the specs. The laptop had a screen that would pivot around and lay flat over the keyboard so that it was converted to a tablet. Yes, a tablet before the dawn of the iPad and smart phone.

The laptop screen responded to a special pen that would slide out from the bottom of the laptop. The pen alone was expensive to replace. Anytime I used that laptop in public, people would stop and ask me about it. The laptop came complete with the latest OS and Office tools including Visio and Adobe Professional. All software licenses were owned by my employer. Located on the bottom of that laptop was a sticker with the company’s asset tag information.

Saying goodbye to the awesome laptop

The day I resigned, I placed the laptop along with all its accessories on the corner of my desk. It was ready to be sent back to my soon-to-be ex-employer.

I took that company laptop off my desk and placed it in a box. I guess I will store it in the garage.

Yesterday as I was placing the laptop in a box, I had a residual feeling of guilt as I gazed upon the asset tag with the company’s name glaring back at me. I also felt a little angry because there was no reason I should feel bad as often as I did about having that laptop in my possession for the past 10+ years.

After I resigned, I asked my boss how I should return my equipment since I had been working from home and there was not an office in my local area. She put me in contact with someone from the corporate office. That person told me to expect shipping information and labels in my personal email within a week. After a couple of weeks passed I contacted the company again because I had not heard anything. The person I spoke with at corporate told me she would follow-up with the person who was in charge of getting me the shipping information.

Once again, I did not hear back from anyone so I tried to contact my ex-boss. She was no longer there. The new manager never returned my calls.

o   Remember that employees come and go. When designing an Asset Management System, be sure to assign responsibilities to a role instead of a person. When someone comes into a role, they inherit the responsibilities, rights, and accountability defined by the “role.”

The runaround continued for the next 18 months. I spoke to several different people and I even offered to pay for the shipping so that I could get rid of this laptop, along with the guilt building inside me, but nobody could tell me where to send it and to whom I should send it. They had completely lost track of the laptop in my possession.

o   The company relied on their managers to track the equipment that their employees were using. When employees left the company, managers relied on people from the corporate office to facilitate the return of equipment. Furthermore, tracking methods that were used did not “alert” anyone when something was missing. I came to this conclusion since nobody ever came looking for that laptop.

A critical component for effective asset management is the process of mapping an IT asset to a user and then removing that mapping from the user while recovering the asset. Start by focusing on how to assign assets to new users, then how to recover assets from departing users.

When new employees join a company, a process should be in place to list all the assets the user will need. That process should then automatically assign the assets to the user. It should also track assets along with who has the asset for the entire lifecycle of the asset. On-boarding users will be discussed in greater detail in Part 2

This article was previously published on http://marcelshaw.com