In 1983, Sally Ride broke boundaries by becoming the first American woman in space. While this was certainly a milestone worth celebrating, closer examination of her time at NASA revealed some interesting ways that the lack of female representation affected her experience. Perhaps the most notable, and hilarious, example was NASA engineers recommending “100 tampons with them into space for a one-week flight.” (Average tampon use for women during one menstrual cycle is about six to 12 depending on absorbency and flow. So, yeah, way too many tampons.)

Because of the lack of female engineers, NASA was horribly underprepared to give their women astronauts the equipment they actually needed.

This pattern is apparent not just in aeronautics. From determining which streets get plowed first in a snowstorm to designing seatbelts that don’t fit the average female body, not involving women leads to costly errors that affect everyone, not just women.

STEM in particular has struggled to attract women into the industry with results that impact everyone. We rely on machine learning to do a multitude of tasks for us, but algorithms can inherently be biased based on who built them, the data that helped build them, and how the algorithms ultimately are used. One example of this is how a resume screening tool ended up being biased against women since the resumes it was built from favored men. Another much more deadly example is using AI to screen for heart attacks, but not being able to recognize the specific signs and symptoms of heart attacks in women.

The good news is that there are simple, actionable steps you can take in your organization to increase the representation of women in the workforce. Doing the following five things will not only benefit your workplace, but the entire world.

While this seems like a painfully obvious solution, research shows that employers are less likely to hire women than men. Why is this? Well, there are a lot of reasons, but it mostly boils down to bias. Which leads us to point number two...

2. Train Your Employees on Implicit Bias

The Kirwan Institute of Race and Ethnicity defines implicit bias as "...the attitudes or stereotypes that affect our understanding, actions, and decisions in an unconscious manner... The implicit associations we harbor in our subconscious cause us to have feelings and attitudes about other people based on characteristics such as race, ethnicity, age, and appearance." We can see this in the language often used to describe the same behavior in men and women, such as "a woman is bossy" (negative connotation), whereas a man is as assertive (positive connotation).

To overcome these implicit or unconscious biases, employers should make a conscious and intentional effort to hire people from a wide variety of backgrounds, genders, ethnicities, and ages.

Employers should also train their employees—especially those in leadership roles—on implicit bias so they can make more informed decisions when evaluating their subordinates and simply interacting with their colleagues on a daily basis. Here are some useful tools available for free to examine implicit bias in your organization:

3. Pay Women the Same as Their Male Counterparts

In our most recent Women in Tech survey, 64% of surveyed women said that equality in pay and benefits is a key factor in determining whether or not they would be attracted to a new role. Nearly half of the women polled, 46%, think that the industry needs to close the gender pay gap in order to attract more women into the industry.

The statistics echo this sentiment. In America, white, non-Hispanic women are paid 79 cents to the dollar compared to their white, non-Hispanic male counterparts. This has led many to believe that the gender pay gap is the same for all women regardless of their ethnicity.

However, women of color experience the gender pay gap much more severely.

Plus, it’s just fair. You shouldn’t discriminate based on gender. Making more money and improving the economy is just an added bonus.

Humans are, unfortunately, really terrible at estimating. One study showed that if 17% of a mixed gender group are women, men will think that the ratio is 50-50. And if there are 33% women, men will perceive that there are more women in the group than men. Because of this misperceived sense of equality, it’s important for organizations to perform audits to see how many women are actually present.

If you’re looking for guidance on how to perform a diversity and inclusion audit in your organization, here are some helpful resources:

5. Structure Caregiving Support Regardless of Gender

One of the biggest factors in the gender pay gap is what is called the “motherhood penalty,” where women are penalized in various ways in the workplace and in the job market for having children.

Part of this has to do with the perception of working mothers, where mothers can be perceived as less competent or committed to their jobs. The other part has to do with the division of labor in a household with working parents. Working women were still more likely to do a majority of the household work and child care compared to their male partners, and lots of women will end up turning down promotions or seeking lower paying jobs with more flexibility in order to do it.

But what if we took the pressure off of women to be the primary caregivers for children? Lawmakers in Iceland did just that, passing a law in 2000 offering men parental leave as a “lose it or use it” benefit. In 2004, Iceland’s wage gap was similar to the rest of the world with women making 81 cents to the dollar. Now, it is around 90 cents to every dollar a man makes.

The United States is currently the only industrialized nation that does not mandate paid parental leave for parents.

Offering paid leave for parents—regardless of their gender or sex—is a good first step in helping to close the wage gap. Ivanti did just that in November of 2019 by offering all full and part time employees “four weeks of paid Parental Leave for the birth, adoption, or foster care placement of a child or children.”

Not only does this policy help all employees, regardless of gender, have irreplaceable time to bond with their family, it helps normalize the idea that all parents can, and want, to have time with their children. Additionally, paid parental leave is certainly a compelling way to attract top talent into your organization, and help reduce the stigma of men taking time off to be with their children. 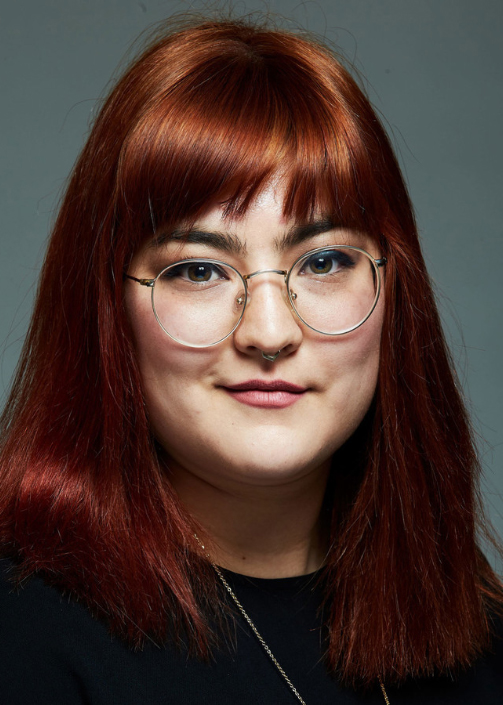 Lynn Phillips (she/they) is a Senior Web Content Manager and Certified ScrumMaster® with 8 years of digital marketing experience. She specializes in user experience, content strategy, web page optimization, and diversity, equity, and inclusion best practices. When she's not geeking out about UX she can be found reading, drawing, playing video games, and drinking way too much coffee.