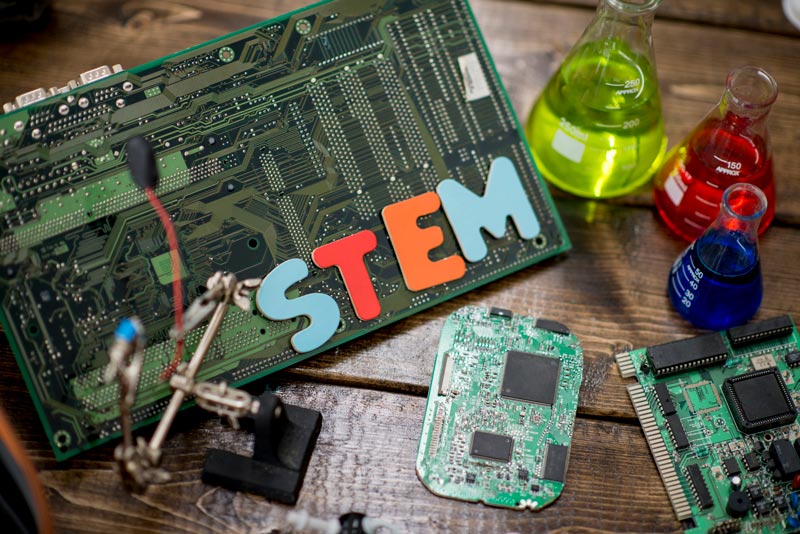 Since it’s volunteer week, I thought I’d share that I very recently became a STEM ambassador. It had been one of those things I’d always wanted to do but had never quite gotten around to. Ivanti promotes STEM volunteering, giving employees two days a year. This was the nudge—ok, shove—I finally needed to sign up.

The STEM ambassador induction was hugely enjoyable. Firstly it was held at MOSI the Manchester Science Museum, home of the first computer to store and run a program called "Baby". Secondly the Tim Peake exhibition was also on, and his space suit is tiny. Thirdly there were a wide variety of passionate people from different STEM professions; environmental flood engineers, robot builders, AI specialists, and fertility researchers to name but a few.

We spent the day learning about STEM's schemes, activities, and the value of the organization both to the individuals involved and to the economy. As part of the induction we discussed and workshopped ideas around educating and inspiring five to 19-year-olds.

How STEM Ambassadors Make a Difference

What struck me after the induction is how much a of a difference STEM ambassadors make as volunteers, and just how many ways there are to get involved. Those ways include (but aren't limited to) mentoring a young person, being a role model, igniting a passion through fun, or simply making children aware of the jobs that exist in STEM professions.

Last month I did my first STEM activity, holding practice interviews and giving feedback at a local high school. The pupils aged 14 to 15 had to fill in an application and interview for a role as a software developer. I hope they got as much from the experience as I did. It was really rewarding talking with them.

A few of the children got very animated when I spoke to them about the software that they love to use on a daily basis. Fortnite and Fifa 18 were rich topics! They understood that software is all around them and will become an even greater part of their future lives and hopefully careers. All of the pupils I spoke to were boys, so we need to do more work there, but I believe STEM is a mechanism to accelerate diversity in our workplaces.

To stay registered as a STEM ambassador, you must do least one activity a year. You can organize your own activities or you can volunteer for one of the activities that schools and groups register with STEM.