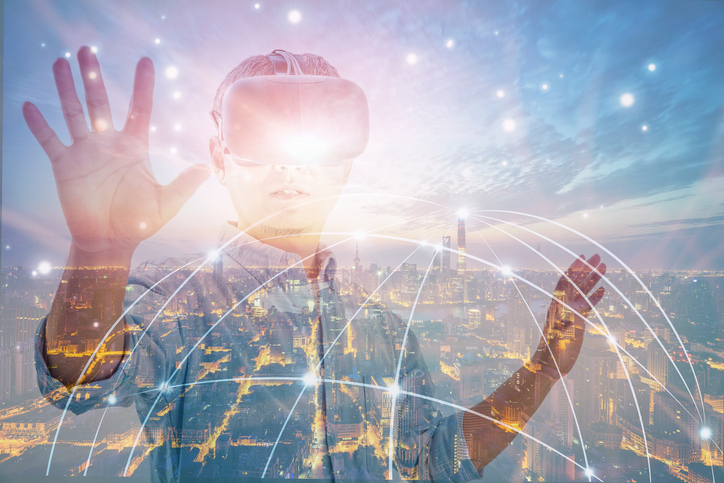 Technologies That Will Change the World in the next Five Years

For true technology aficionados, things obviously cannot move forward fast enough. We want future technologies to relieve us, advise us, drive us, pamper us, and protect us. We want our environment and our appliances to think with us, keep our calendars, book our holidays, and take care of our daily routine.

But even digital revolutions take time. Although future years will bring about a lot of change and innovation, it might be more interesting to look at how technologies that are still in their infancy today will change our world beyond recognition in the coming five years.

The End of the App

In 2011, Steve Jobs called Dropbox a "feature" instead of a product. He predicted a future in which the Dropbox app would be nothing more than a part of iOS. Because why should we have to open a separate app for every tiny functionality? Why not let our virtual assistant take care of everything, from hotel bookings to fastest driving routes, from our calendars to our customized news feed?

Instead of isolated apps, we now see the emergence of virtual assistants, which unite the functionality of all the different apps on our phones, computers, and tablets in a single user interface. Thanks to the economy of API’s, it is mostly a matter of linking it all together and sitting back. Within five years, the science fiction film Her will probably be science fiction no more.

The Rise of Cyberspace

Augmented reality, mixed reality and virtual reality will have become an essential part of the world within a few years, and this revolution is already happening.

The technique has come as far as to make impressive results possible, and engines of games and software platforms now have default support for VR. The possibilities are endless and the first applications are already beginning to emerge.

For now, VR is mainly for entertainment purposes (e.g. the movie app that lets you watch a 3D-movie in a virtual cinema), but it will not be long before we start using business applications. Because why would we still go to meetings if we can meet on a virtual beach in virtual Hawaii? Or on top of the Himalayas, with a live video feed around us? Anything is better than our boring meeting rooms, with their modular ceilings and cold fluorescent lights.

Social media will also start to offer an immersive user experience. It is no coincidence that companies like Facebook invest so heavily in virtual reality technology.

It might all still seem far away and the technology still somewhat unworkable, but compare it to the first mobile phones. They transformed from clunky-sized gimmicks to flat and lightweight powerhouses in a few years’ time.

Artificial Intelligence (AI) for the Masses

Deep learning (the new name for artificial intelligence), is hot right now. Earlier in 2016, Microsoft made a free deep learning toolkit available on Github, which fits the company's strategy to make AI available to the masses. Developers can use this toolkit to develop smarter applications that can learn from their interactions with humans and other computers. Think applications that fully understand human speech, or security software that works based on facial recognition. Or the virtual assistant on your phone, with which you can have a meaningful conversation and  can tell what mood you are in by your facial expression.

It is of course inevitable that we will start to see more applications of artificial intelligence in the business world. In fact, many companies and sectors already use it to a greater or lesser extent. Consider the chatbot applications used by banks to answer customer inquiries. Or IBM's Watson for Oncology, that advises doctors when making treatment choices and learns from data collected by the doctors themselves. As the power of computers increases, the technology will increasingly nest in every part of our organizations. It will lead to extensive automation of business processes, help us make informed business decisions, and free up time which is currently consumed by all kinds of manual, repetitive tasks.

We’ve been waiting a while for the Internet of Things to transition from our toothbrushes and our thermostats to the rest of our stuff, but there still are obstacles, such as the lack of a common safety standard.

It was proven last month that security still needs attention when a large part of the Internet in the eastern United States was shut down by a DDoS attack, which originated from Internet of Things gadgets like smart security cameras and routers. Still, in the coming years we will witness an explosive growth of "things," and by 2020, there will be 20 to 50 billion devices connected to the IoT (depending on which analyst you ask).

The Industrial Internet of Things is already a reality. Consider the Rolls Royce aircraft engines, which continuously send real-time data to the manufacturer to predict potential problems and prevent disasters. Or the John Deere tractors, which inform farmers about what crops they should plant, when and where they need to plow and what is the best route for plowing. All thanks to the addition of sensors and data connectivity.

We cannot view these exciting new technologies in isolation, of course. Everything will be connected to everything and the data we collect with our connected cars, refrigerators, telephones, sensors, wearables and computers can be reused to provide us with information and assistance in many other locations and applications.

Boundaries between IoT, VR and AI will fade, of which we already see the first symptoms. The new Tesla models are equipped with three radars, eight cameras and a GPU that is 40 times more powerful than previous models.

The combination of data sets will make the distinctions fade even further. Ultimately, the intelligence in our devices will be omnipresent and fully aware of its environment. This will result in applications that we cannot even imagine now in all sectors, from transportation to health services, from offices to factories. Give it another five years.

Companies that thought the cell phone would not affect their corporate IT ten years ago are now trying to cope with the BYOD revolution. Companies that now believe  VR, deep learning and IoT will not challenge the way they structure their IT are downright naive. The days in which IT could behave as sheep shepherd are gone forever. IT must become much more of a service provider and a supplier of new technologies — in the next five years more than ever.