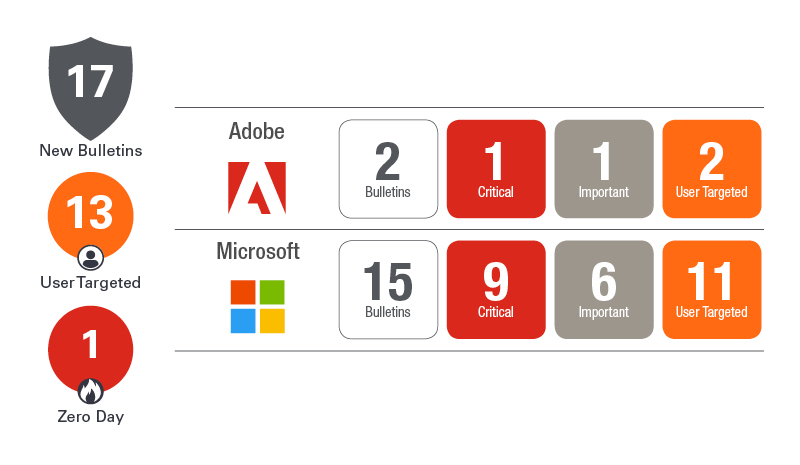 I can’t believe it is November already. My wife is a Christmas fanatic, which likely has a little to do with being born on December 24th. Well she already found a radio station that switched to Christmas music. I have not been out to any stores in the past two weeks, but I am just as certain that Christmas is taking them by storm as well. It feels too early for Christmas, doesn’t it? We still haven’t gorged ourselves on Turkey! That debate lives on, but one certainty is that Patch Tuesday is here again. You can be certain there are updates a plenty from Microsoft and Adobe today. Here is the breakdown:

Microsoft has resolved a public disclosure vulnerability (CVE-2018-8566) in Windows 10, Server 2016 and Server 2019. The Security Feature Bypass vulnerability exists in BitLocker and could allow an attacker to bypass protection to gain access to encrypted data. To exploit the vulnerability the attacker must gain physical access to the target system. Systems that can be physically accessed and especially laptops will be a higher priority for applying the update. This vulnerability is not related to the guidance (ADV180028) previously given for configuring BitLocker to enforce software encryption.

The priority this month should be all Windows OS updates and Edge. Internet Explorer has several Important vulnerabilities resolved as does Office, but all of the Critical vulnerabilities, exploits and disclosures are in the OS and Edge browser.

Microsoft is re-releasing Windows 10 1809 and Server 2019 after pulling them in October due to user data being deleted after upgrading. Take a moment to test before rolling out just to be cautious.

Adobe released two updates this month resolving two unique CVEs. The Adobe Flash Player update this month only resolves one important vulnerability. The Adobe Acrobat and Reader update (APSB18-40) resolves one important vulnerability (CVE-2018-15979) as well, but this CVE has been publicly disclosed according to the Adobe Bulletin Page. The vulnerability could allow an attacker to take advantage of a weakness in Microsoft NTLM to redirect a user to a malicious resource outside your organization to obtain the NTLM authentication messages.