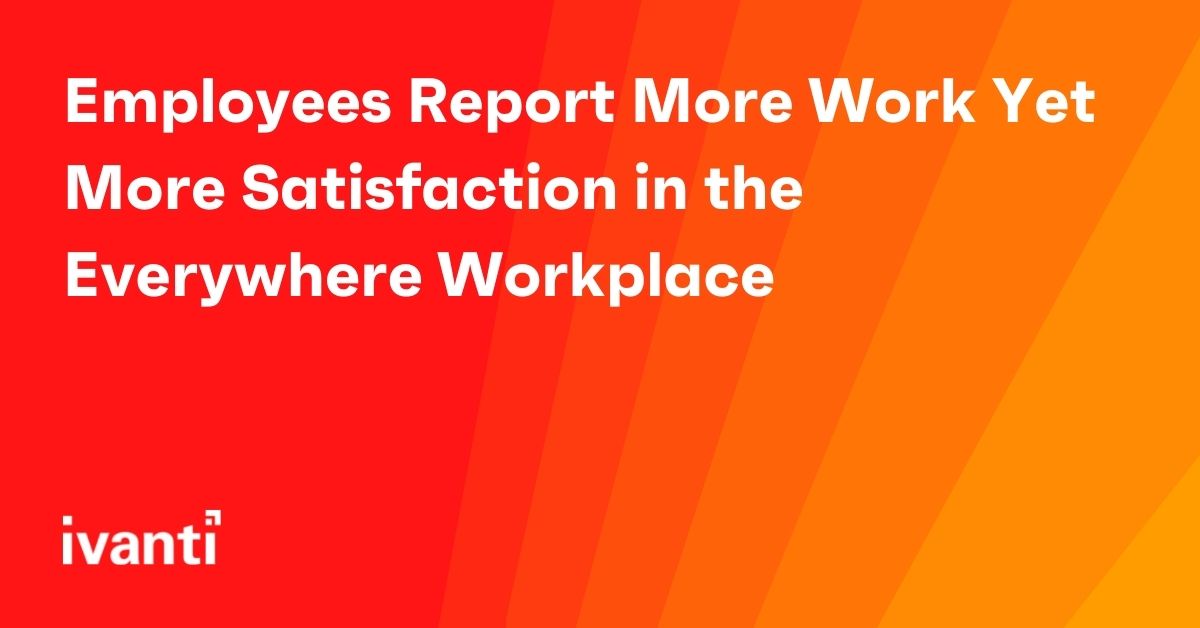 No pants, no problem: Employees Report More Work Yet More Satisfaction in the Everywhere Workplace

“We want to work remotely.”

That’s the major takeaway from Ivanti’s just-released survey on the Everywhere Workplace.

Nearly 2,000 consumers across the U.S. and U.K. responded. While most of them were abruptly shifted into remote work due to circumstances outside their control – and those circumstances were scary and confusing – there has been a silver lining. They’re happier at home.

In fact, more than half of respondents claim that their morale was positively impacted by working remotely.

Nearly half of respondents would even take a pay cut to be able to work from home.

Perhaps the most surprising part: this is in spite of a lot of extra work. Half of all respondents in the U.S. report that they’re working more during non-office hours than before the pandemic.

Of course, it’s not all robes and fuzzy slippers. Respondents had a few concerns about remote work, too. Respondents cited concerns about less physical movement throughout the day, lack of interaction with colleagues, screen fatigue and communication/collaboration barriers.

And while saving money overall registered as a major perk of remote work (especially in the U.K.), respondents noted increases in electrical bills, home office costs, and snacks/beverages. Many respondents thought that employers should kick in for certain expenses for work employees, especially internet.

Then there’s that one other perk: it turns out people really, really like working in their pajamas. Half of U.S. respondents cop to not only having worn pajama pants while working from home, but having worn pajama pants on a conference call – with the U.K. not far behind. Then there are the 20% of those in the U.S. who admitted to being on a video call entirely pants-free. We’re glad you’re comfortable. Just…don’t stand up, please.