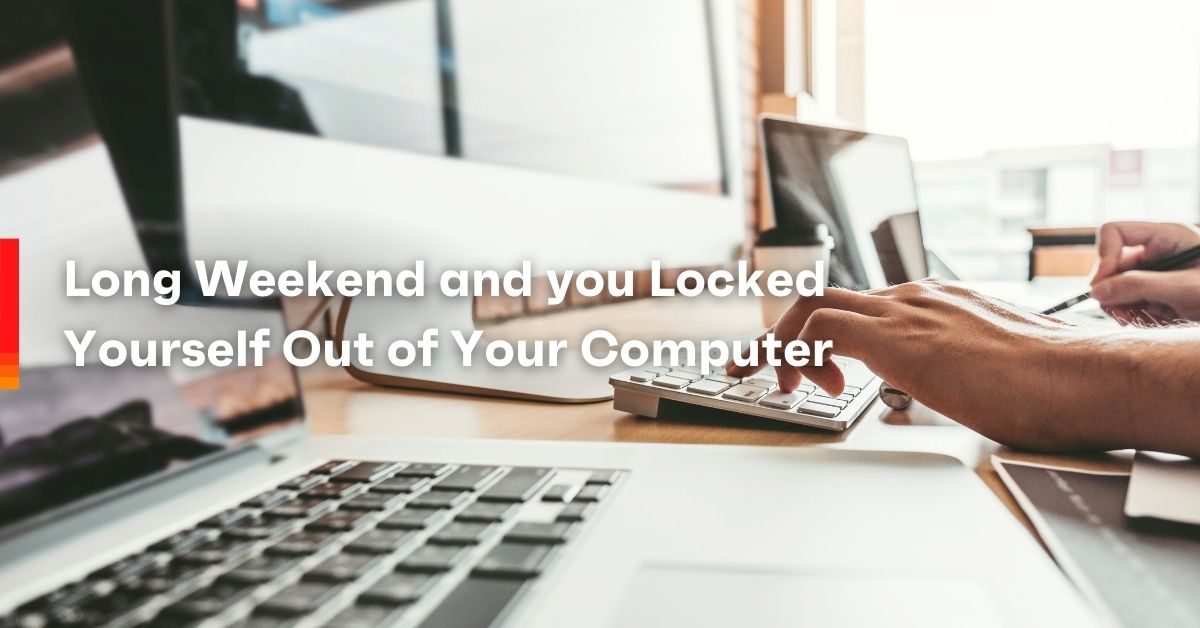 Long Weekend and you Locked Yourself Out of Your Computer

The latest Verizon DBIR report is out and we all should realize, normal is not the new workplace.

You’re logging into the work account after a long weekend of gratitude, remembrance and maybe even getting to hug someone safely.

*Must be 8-20 characters with one special character and a sprinkling of Latin.*

*Must be written in Haiku form.*

*Your account has been locked. Please try again in 2023.*

Okay, we’re exaggerating a little but variations of this scene are playing out all over the country this week. You’re frustrated and you haven’t even gotten started on the work that piled up over the weekend.

And cybersecurity woes are doing more damage than just making you want to throw your laptop out the nearest window.

The latest Verizon DBIR report is out, and – as anyone in cybersecurity guessed – it’s not good news. The report shows that once again, phishing, ransomware and credential theft are on the rise. It makes a clear case for doing a better job protecting users as well as the devices used to access networks.

Here are some highlights (or should we say lowlights):

That’s…not ideal. The fact that credentials were so commonly used is terrifying, to say the very least.

Here’s a closer look at the findings: 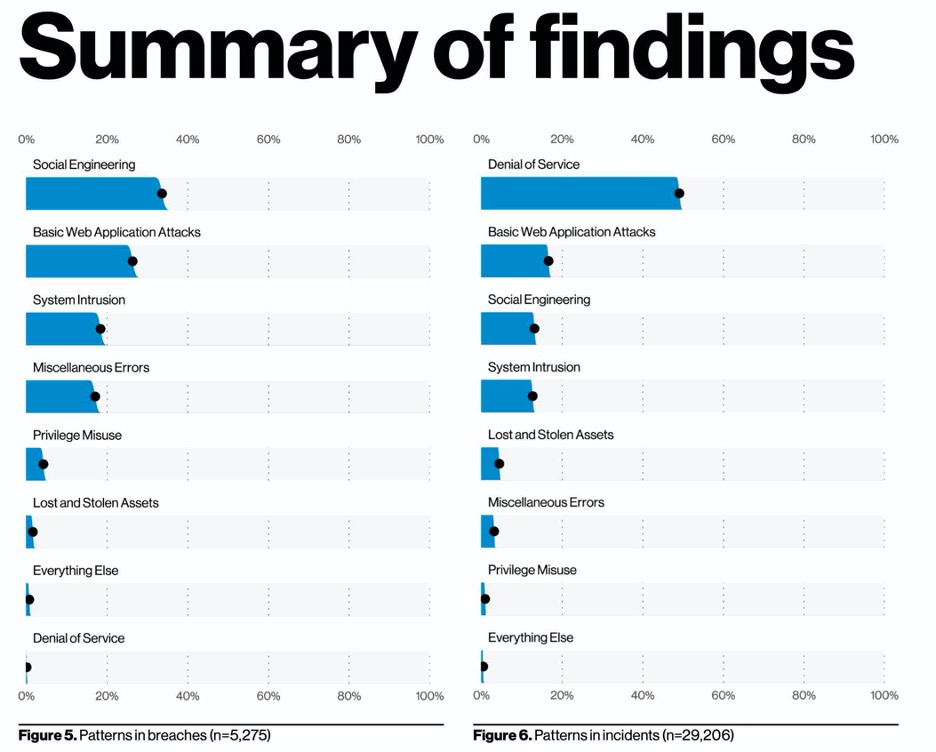 Why are things getting worse, not better? For one thing, companies are undergoing digital transformations and shifts to the cloud that make those companies more agile and better suited to the Everywhere Workplace – but also vulnerable, without the right security measures in play.

“As the number of companies switching business-critical functions to the cloud increases, the potential threat to their operations may become more pronounced, as malicious actors look to exploit human vulnerabilities and leverage an increased dependency on digital infrastructures” —Tami Erwin, Executive Vice President and CEO, Verizon Business

The DBIR states that phishing, ransomware and web app attacks dominated data breaches in 2020. This is part of an overall trend that we’ve seen since the pandemic hit. ZNet reports, “Email scams related to Covid-19 surged 667% in March (2020) alone.”

Insights from the report reveal that among 1,148 people who received real and simulated phishes, none of them clicked the simulated phish but 2.5% clicked the real phishing email, reinforcing the need for better phishing simulations and security education training. 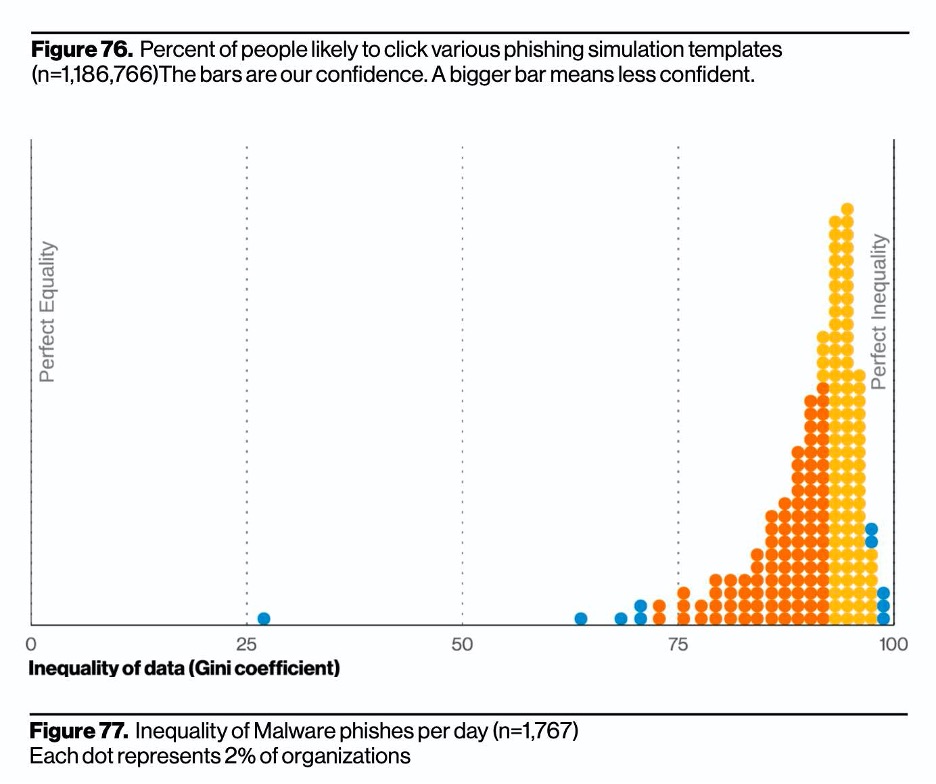 The federal government had a tough year when it came to data breaches and ransomware attacks. According to the Federal News Network, in the first quarter of 2020, government agencies saw a 278% year-over-year increase in compromised information, totaling more than 17 million records while institutions were hit with an unprecedented number of ransomware attacks that cost the US government of up to $1.4 billion.

Ransomware attacks are continuing and it is not a minute too soon that that the White House released an Executive order that said it is time to adopt security best practices. Specifically: “Within 180 days of the date of this order, agencies shall adopt multi-factor authentication and encryption for data at rest and in transit, to the maximum extent consistent with Federal records laws and other applicable laws.”

So what can we do?

According to the DBIR, a “significant percentage of victims targeted” were organizations “that neglected to implement multi-factor authentication, along with virtual private networks.” And “the zero trust model for access quickly became a fundamental security requirement rather than a future ideal.”

Translation: the old security methods don’t work in this new landscape. And they’re getting less secure by the day as threats get more sophisticated.

The future is passwordless, and the companies that take the longest to embrace that shift are the ones who will be most vulnerable.

We’d all like to see a better DBIR report next year – perhaps one marked by a dramatic downtrend in breaches combined with a surge in companies embracing the new business landscape with simpler, more secure access. That’s what we’re working on every day at Ivanti. 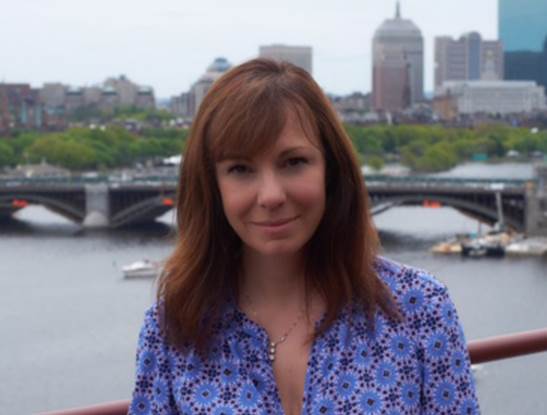 Joni has more than 20 years of experience in product marketing, marketing, channel management and, communications for a variety of security startups and publicly traded companies. Prior to joining Ivanti she led product marketing for McAfee’s cloud native MVISION Mobile, EDR and XDR offerings. She has spent the last decade in network security driving product adoption, revenue and shareholder value at both early stage and publicly traded companies.

Joni holds a double degree in Communications and Education from Boston College as well as an Executive Master’s Degree in International Business from George Mason University. In 2019 she started online classes at Northwestern in pursuit of a cyber security law degree.

The Increasing Popularity of Ransomware Amongst Cybercriminals