During my time at Ivanti, I have been close to numerous customers while helping them on their journey to achieving high levels of maturity in Software Asset Management. Over this period several glaring facts became apparent to me:

I honestly felt that there must be something we can do to reduce the time to achieve this first—and seemingly straightforward—milestone of understanding the estate and answering the age-old questions of:

During an early morning and very cold, hour-long commute into the Ivanti office in Bracknell, UK, my mind began to try and tackle this problem. Quickly I realised that with Ivanti’s rich technology stack and the Ivanti Neurons platform, there was a clear opportunity to solve this problem for our customers.

While these thoughts were fresh in my mind, upon reaching the office I marched down the corridor past the inviting smell of the coffee machine to speak to one of the engineering directors to see if this would be something we could at least try to tackle as an experiment. It did not take long to reach a consensus. As it appeared, we had both been thinking the same thing, and the ingredients that we needed to make this a reality were already there:

We assembled a product team and we set about designing and trialling a solution that would analyze the data about the software estate and then not just output a list of software, but report out on key factors that enable the focusing of efforts in the right places such as:

Another key factor is reducing the time to achieve this milestone. Our product principle had to be “fast and easy”.

Stepping out of the hot and dry Spanish air into the much welcomed cool downward blasts from the air conditioner, I stopped in the lobby—laptop on back, suitcase in hand, full of designs, questionnaires and props—exhaling not only with relief at having finally arrived from the journey, but with excited anticipation of finding out from our customers whether we are really solving a problem with the technology we are proposing to build.

Over the course of each day, groups of eager customers from varying industry sectors came to visit our testing stand for “Software Insights”, trying out our live design and getting involved with our “Dollars for Problems” game in order to show us if we were going to solve a problem with the tool, and how much each one of those problem areas would be worth to them in dollars if they were solved.

As the airplane ride home reached cruising altitude, accompanied with the occasional “thunk” of turbulence, I set about pulling all the data together that we had gathered. The results were compelling: the problems that we had predicted to be the most impactful were really high up on that list. We are building something that will make life better.

It was the week of release, the code was in production, and the beta tests had been successful with positive guiding feedback. Each morning during the product team stand-up, we reviewed with bated breath the usage statistics to see if our component was being used. Every day the chart kept growing—more and more software, more and more customers coming back every day—and we realised as a team that we really were solving a problem and that our software was giving people value.

The Success of Software Insights and Next Steps

Our simple trial to start solving the problem was a success, but the journey could not stop there; it would be wrong to stop it there. We have opened the gateway to solving many other problems we’ve seen our customers face on their journey.

So, our customers now know “What we have installed and Who is using it?” But what about “What do we have the right to use?” and “How much is that costing us?” These questions compose the other half of this first milestone.

As we had seen during a number of customer journeys, this was a difficult question to answer. We remembered seeing a considerable number of cases where this information was fragmented and spread all over various spread sheets, tucked away in any number of folders, even buried in long-forgotten emails.

We asked the question, “What if we could bring all of this information together into a single space and marry it up with that is being used?” The consensus that we all came to is that it would potentially be very powerful, but we must make it a fast, easy and flexible solution, that answers the main problem of this being difficult and requiring many personnel hours to maintain.

During many discussions amongst our technical teams, the starting concept was straightforward—we needed to provide a way to bring all this data together into Ivanti Neurons to sit alongside the software information that has been collected.

OK, so bringing the data together is a start and is helpful, but our aim in the long run is to reduce complexity and effort. Going through all of the information that comes with a license or a contract and talking to our customers, it was clear there are a number of KPIs that are important, and that everyone needs to know and take time to understand.

With those thoughts in mind, alongside several collaboration sessions fuelled by coffee and cake, the development wheels were in motion with the goal of delivering a real answer to the problem.

As an Ivanti product team, we know all too well that it is important to stay true to the problem we are trying to solve. The only way to do that is to test our software early with the very people we are trying to improve things for. With that in mind we started inviting a number of our customers to come and try out the software we were developing.

So from the early days of just being able to import some licenses and contracts and then seeing some basic information around them, up to being able to zoom straight in on a specific product and see everything about it, we had kept our customers close to validate every one of these steps and make changes where it just wasn’t right. In my opinion, this is the best part of working in software development!

The design changed numerous times throughout this trodden path, but we are now confident that the product we are creating is hitting the mark and will make things better for people as we head into release. 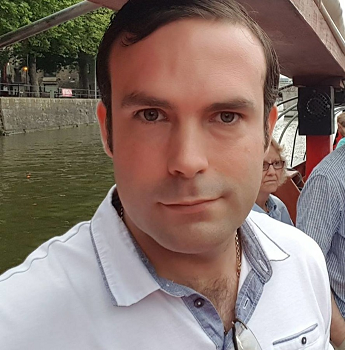 Terry Courtney is a product manager covering Ivanti’s Asset Management solutions. Terry has over 18 years of experience working in various areas of IT from supporting users via 1st 2nd and 3rd line support through to system implementation, administration, architecture and design, finding it natural to empathise with the day to day realities and processes of IT in the business environment.