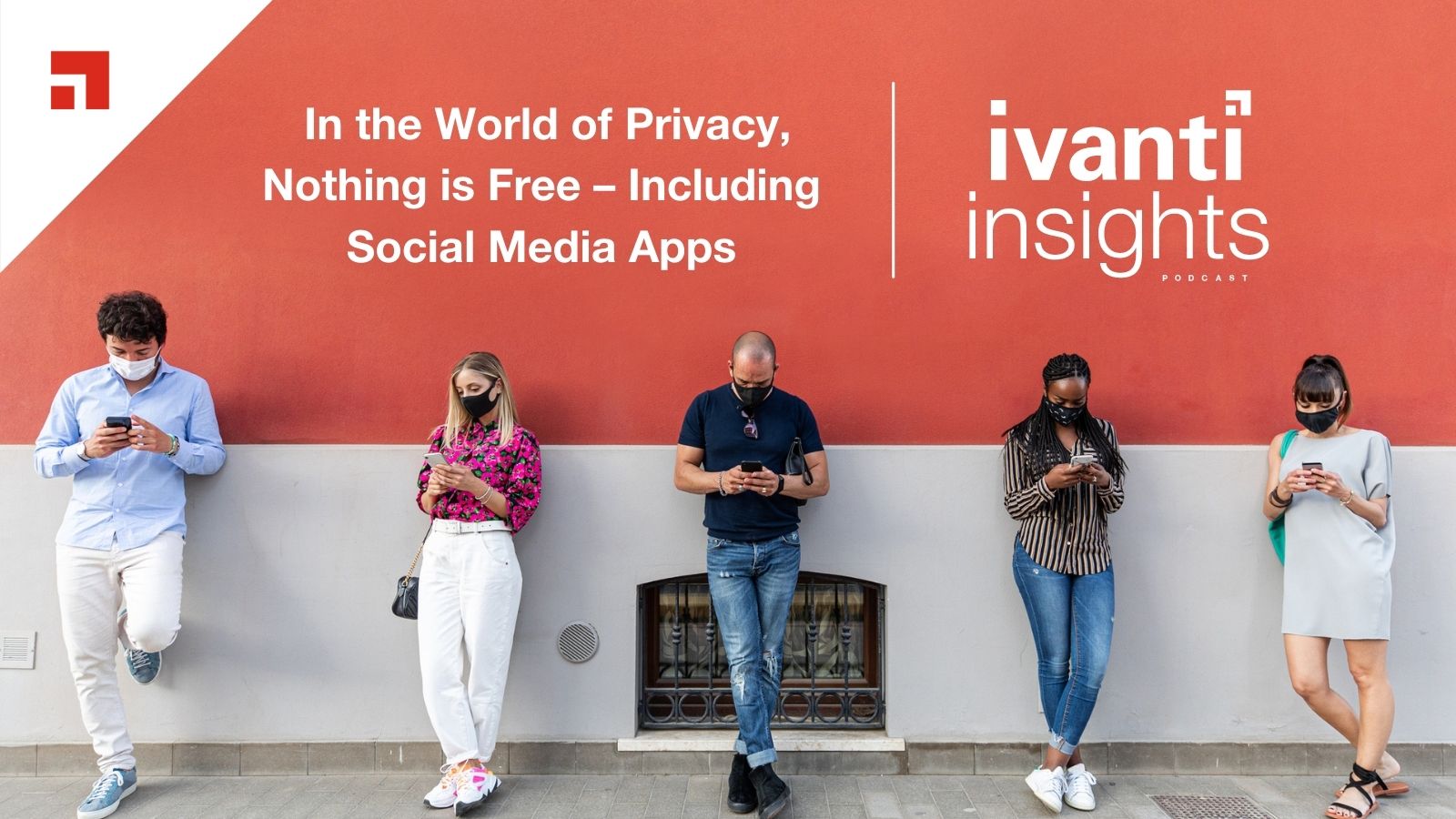 Ivanti Insights Episode 3: In the World of Privacy, Nothing is Free – Including Social Media Apps

Did you know there are currently 4.20B social media users globally? That’s 53% of the total global population!

From the most popular social media platforms like Facebook and YouTube, to the hottest up and coming platforms like TikTok and Clubhouse, there is one thing they all have in common: privacy regulations and considerations should be and need to be top priority. Ivanti’s Sr. Director of Product Management Chris Goettl and Chief Security Officer Phil Richards took a deep dive with me in this episode of Ivanti Insights.

First, let’s back up and ask, are you part of the club? I’m talking about Clubhouse, the audio-only social network where members gather in a virtual room and listen to each other speak. It’s new, it’s hot and it’s invite only. But how? Therein lies one of the issues. As part of the signup process, you're urged to give Clubhouse access to your phone's contacts and it seems Clubhouse is using that information to build profiles of people who aren't yet members. A Forbes article in February headlined, Clubhouse: The Hot New Social Network Has Big Privacy Problems, and for good reason.

I tossed this over to Phil who encourages us to shift our thinking about this in the space of privacy. Around the globe, countries are implementing privacy standards like the California Consumer Privacy Act (CCPA) in the U.S. or the General Data Privacy Regulation (GDPR) in Europe. So, with the growing adoption of privacy laws, why are there still these concerns? As Phil puts it, there are a number of companies still working or behaving in ways that are against the rules or against some of these laws and it’s just a matter of when the prosecution gets to the point where they can enforce some of the regulations.

I threw my next question over to Chris. If I am spending my personal time on social media networks, how am I potentially exposing my corporate network as an employee?

Some great points came up like, you should never expect that everything you do on social media is private. It moves beyond just personal use. Military bases around the world realized these concerns when fitness apps that included GPS location became a threat when in 2018 and 2019, military bases were being fully mapped out. A normal day-to-day user may think nothing of this, but this type of data is aggregated and looked at for a variety of purposes.

I guess our parents were right when they said nothing is free. There’s always a catch or something to trade-in but it doesn’t have to be that way.

Listen to the full episode to find out what you can do before you decide to trade-in your privacy for a free social media app.

Ivanti Insights Episode 5: From DevOps to DevSecOps and the Game of Security Whack-a-Mole

Phishing and Ransomware: Connecting the Dots!