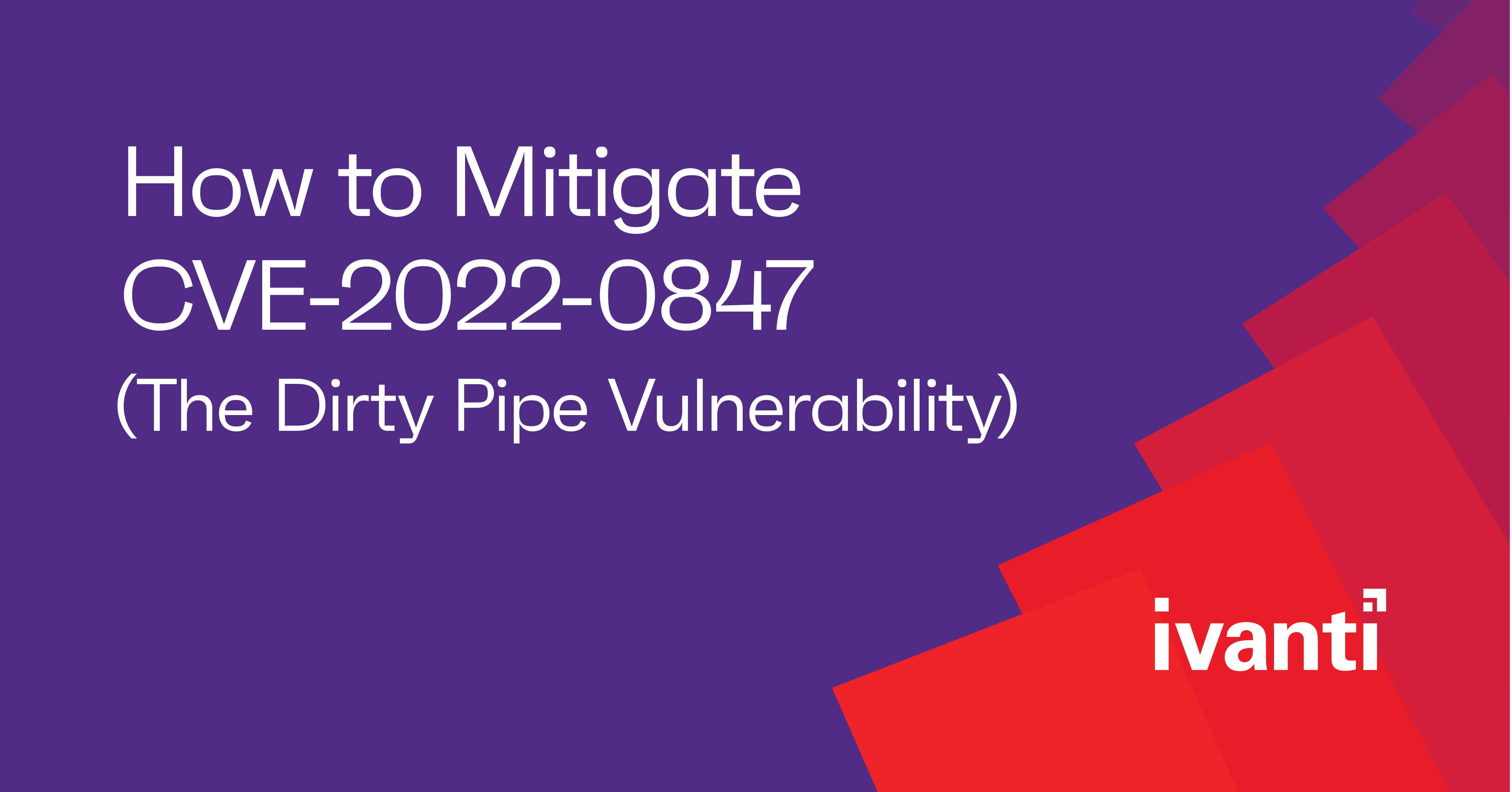 What is the “Dirty Pipe Vulnerability”?

Why is this important?

This enables attackers to perform privilege escalation by overwriting data in arbitrary read-only files and injecting code from unprivileged processes to privileged processes. This can make Linux and Android systems vulnerable to a multitude of malware and other exploits, including ransomware.

This vulnerability affects endpoints running Linux with a kernel version 5.8 or higher. This includes a multitude of devices running Android 12 and Linux.

How to find out if I am affected?

From the Linux command line, run the following command:

Your output should show something similar:

To find the kernel version on Android:

With most generic Android devices, go to setting and search or select “About Phone” -> “Android Version” and you should see the “Kernel version.”

With Samsung, go to settings and search or select “About Phone” -> “Software Information” and your “Kernel version” should be displayed.

Currently, the most common Android devices affected by this vulnerability are Samsung S22 and Google Pixel 6 series.

How to mitigate Dirty Pipe

If your endpoint is running a Linux kernel version 5.8 or higher, you should patch your kernel to 5.16.11, 5.15.25 and 5.10.102 or greater. Most distributions have already released a kernel patch. You can run an update with your distro’s package manager to update to the latest kernel.

Ivanti Patch for Endpoint Manager can find which Linux endpoints are affected and automatically apply the vulnerability fix.

On Android, manufacturers are working on applying a critical system update. It is highly recommended to contact your device manufacturer to confirm they are addressing this vulnerability.

You can create reports in Neurons for Discovery to find which Android endpoints are affected.

With Ivanti Neurons for MDM, applying a “System Update” configuration and setting the “Android System Update” to “Automatic” will push the latest manufacture approved system updates to your devices.