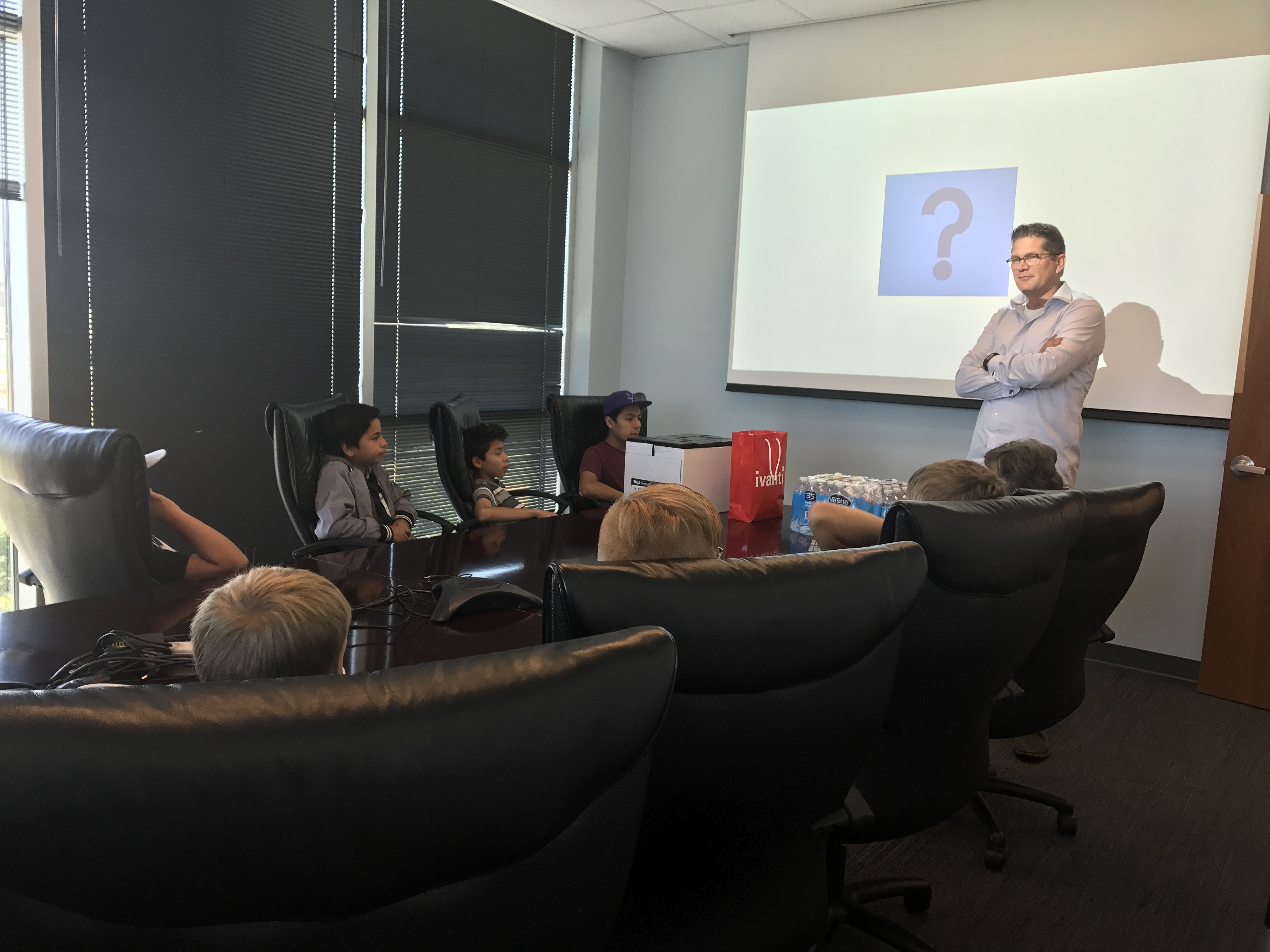 Today we held a closing event for our STEM outreach program with the local Boys and Girls Club. Our summer session had about 12 employees participate as instructors, and the curriculum we used came from studio.code.org.

Dave Leimseider, the director of the Midvale Boys and Girls Club, was present today, along with Andrew, one of the counselors. Also in attendance were some of the Ivanti employees who helped staff the class.

Our VP of HR, Sue Urses, also attended. On behalf of the executive team, she welcomed our visitors to Ivanti and thanked them for coming.

We were privileged to have Steve Daly, the president and CEO of Ivanti, attend for a few minutes as well. He took some time to explain how much we need these kids to pursue careers in the IT industry and them come to work for us. He explained how well they can do financially if they pursue this kind of a career. He also told them how fun it is to be in such a creative industry.

I then asked the students to consider where the next 40 years will take computers and what part they might play in that progress.

We also had each Ivanti employee explain how they got into the career they are currently in. It was interesting that many of them didn’t start out in their current career. This showed the kids how you don’t have to make all decisions at once. You can start out in one career and then switch to a better job later on in your career.

We then gave the kids a quick tour of Ivanti. Each of the instructors that were present gave them a quick tour of their work areas and how they helped Ivanti: Kelly Owens of the Accounting Department, Jennifer Anderson of the HR Department, Cindy Ross of the UX Department, Gail Hernandez and Chris Hansen of the software engineering department.

We then presented certificates of completion or participation to each youth. We gave each them each either an Ivanti branded water bottle or yoyo.

At the beginning of the summer, we told each participant that if they finished Course 2 or Course 3 they would be entered into a contest to win a ChromeBook given at the closing event. We had four youth complete Course 2, but only two of them attended today, so the ChromeBooks were given to these two young men.

Thanks to Sue Urses and the executive team for allowing us to purchase these and given them to these two young men. We hope to see them in a few years as employees of Ivanti.