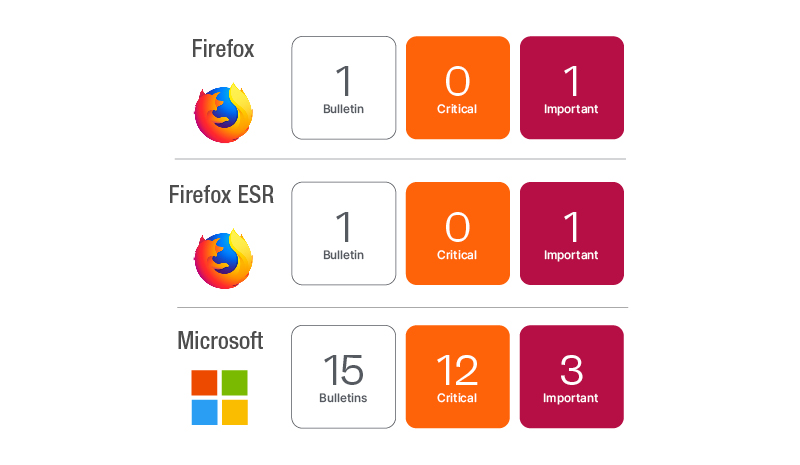 August Patch Tuesday is much lighter than the past few months. A total of 44 vulnerabilities were resolved by Microsoft, seven of which are rated as Critical by Microsoft. The updates address vulnerabilities in the Windows OS, Office, SharePoint, and a host of development tools including .NET Core, ASP .NET, and Azure. There is one Zero Day this month and four publicly disclosed vulnerabilities. As foreshadowed by security analysts in July, there are more fixes for the Print Spooler that are amongst the list of CVEs that you will want to address in a timely manner.

Microsoft resolved a Zero Day vulnerability in Windows 10 1809 and Server 2019 and later OS versions. CVE-2021-36948 is an Elevation of Privilege vulnerability in the Windows Update Medic Service. Microsoft assigned the severity of this vulnerability as Important and CVSSv3 is 7.8.

On July 20th, Microsoft released details of CVE-2021-36934, which is an Elevation of Privilege vulnerability also known as HiveNightmare or SeriousSAM. The vulnerability got quite a bit of buzz in patch management forums like PatchManagement.org due to the nature of the workaround as it required deleting Volume Shadow Copies and creating a new restore point once the ACLs had been updated. Expect the buzz to turn to a grumble as the notes of the CVE outline a need to delete all shadow copies of your system volume to fully mitigate the vulnerability even after applying the security update.

Mozilla has also released updates for Mozilla Firefox, Firefox ESR and Thunderbird this month. The Firefox updates resolve 11 CVEs and the update is rated as High by Mozilla.