A friend of mine recently shared an experience with me that he had while working as a manager for a software manufacturer. The experience was about an employee he had to terminate. He told me that after meeting with the employee and HR, he completed the paperwork that was required and sent it back to the HR department.

Six months later, he received an email from finance giving him an overview of the expenses for his department. He noticed they were still counting the salary of the employee that he had terminated six months ago.

He reported the error to finance and asked them to correct the problem. Finance responded and explained that the salary they reported was accurate and that the money had been paid to the person he terminated. Furthermore, they reported the person was still receiving a salary every two weeks. An internal investigation was opened and it was determined that even though the employee was terminated along with all benefits and access to company owned data, one single process had not been completed. It was the process that notified the accounting department to terminate the bi-weekly salary payment to the now ex-employee.

Off-boarding users is not only an HR responsibility, it is an IT management responsibility. To do their job, employees often require many tools such as laptops, phones, subscription accounts, software, and access to networks that hold corporate data. When employees leave a company, they are expected to return the equipment supplied by the IT department.

Information Week commented on a study done by Intel: “In the U.S. study, 329 organizations surveyed lost more than 86,000 laptops over the course of a year. A surprising number–13%–were lost in the workplace, and an equal percentage of companies didn’t know where laptops went missing.”

If using a reputable IT Asset Managment system, a company will know exactly what assets a user has in his/her possession. 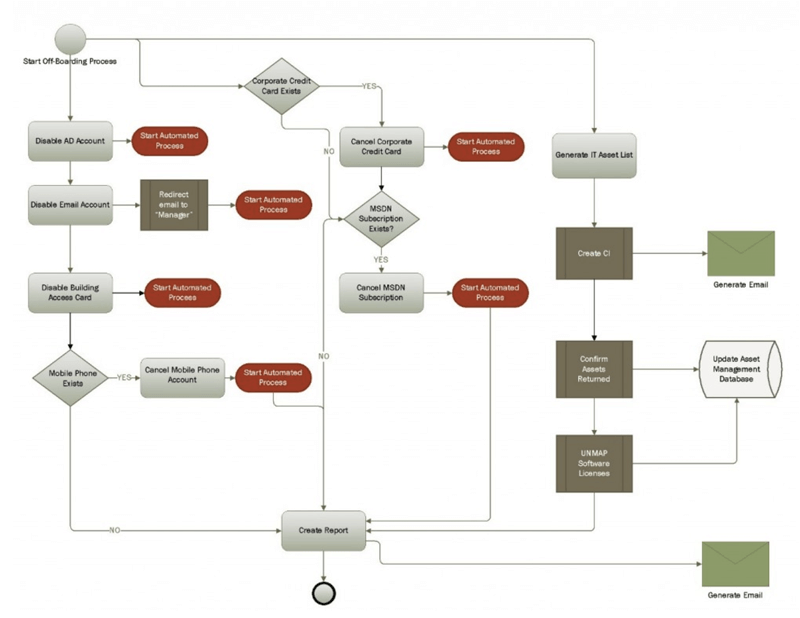 Automated processes can be built to recover those assets; both hardware and software, along with access to corporate data and subscription accounts that were assigned to the employee.

Having processes in place that map users to the IT assets which users are assigned and re-assigned is critical to an effective off-boarding process. IT assets that are in the possession of users who have not been mapped to those users will increase the potential of lost assets.

Three keys are needed to create an efficient off-boarding process:

When creating an off-boarding process, it is important to try to consolidate processes for all tasks that need to take place. The example of the ex-employee that received a paycheck undetected by the company happened because the process to terminate salary payment was not executed by the same process that terminated benefits and network accounts. Consolidating processes would have simplified the execution of employee termination.

When possible, build automation into your processes. Removing access to company networks, data, buildings access cards, and accounts should be automated to ensure no steps are overlooked. Any failures in the process should alert IT management so the problem can be corrected.

Include and automate online accounts and subscriptions to your off-boarding processes. 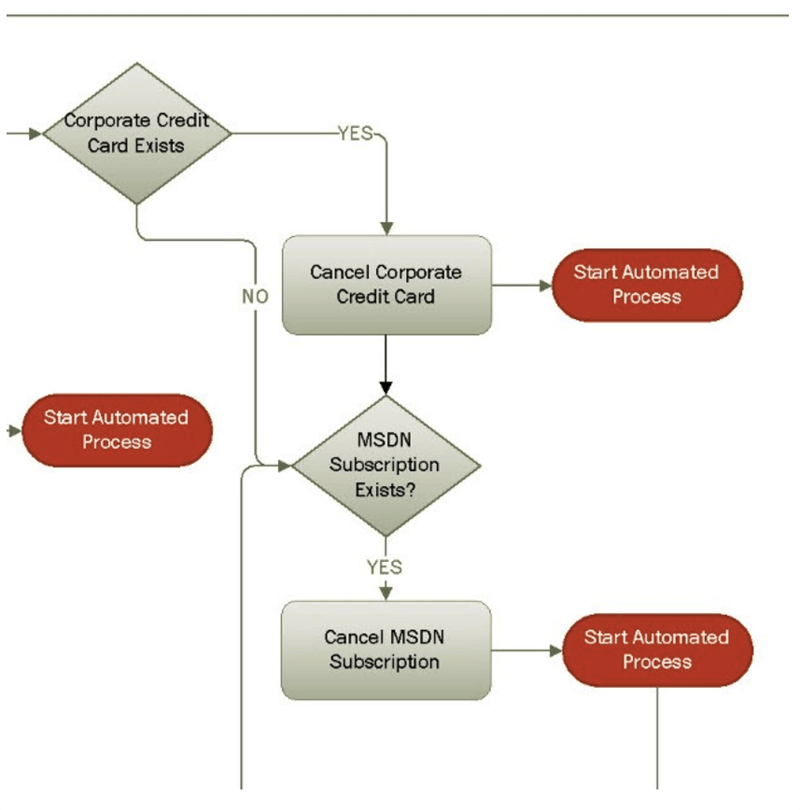 Many employees are supplied accounts to online cloud solutions such as Salesforce.com or a subscription to a service such as MSDN. A person I worked with recently told me that his Salesforce account was still active. The problem was the account was supplied by a company he had resigned from more than a year prior to him sharing his story with me.

The third key to an effective off-boarding process is to generate a device list in the off-boarding process that shows the assets that need to be recovered. This list should be generated and supplied to an IT asset manager. When assets are returned, a confirmation interface or email should be sent that will trigger the automated process to update the asset management database. 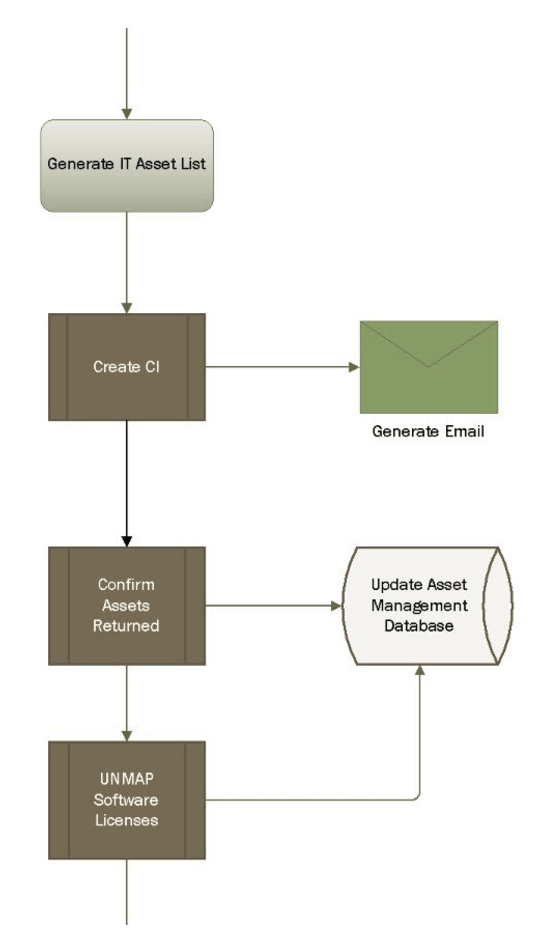 When a laptop is returned, the management database should update at least two fields; the Lifecycle State and the Owner. For example, the lifecycle state could be changed from ‘Assigned’ to ‘Available.’ 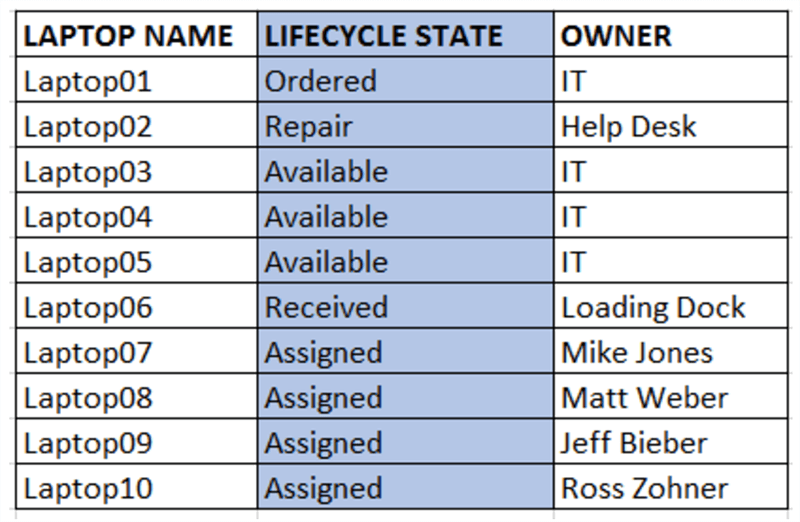 A similar process should remove software license mappings to users and their devices.

When the off-boarding process has completed all tasks, a report should be generated documenting the completed tasks.

On-boarding and off-boarding users is a critical part of ITAM. It is important to have methods in place to map assets to users when they receive them. Just as important is the off-boarding process so the asset can be recovered. As assets are re-assigned within an organization, automated processes should be in place so that the asset is not misplaced or lost. Assets that are lost will not be tracked which means an off-boarding process will not be able to capture or process those assets. Simply said, if you do not know what to recover, you will not know what to ask your users to return to the company, and you could lose the asset permanently.